26-year-old Hayley Bray from Kent (England) had been working for a 5-star hotel in Ibiza for three months when she suddenly fell seriously ill. What happened?

Hayley, who regularly traveled and worked in different countries, was working at a hotel in Ibiza. But her dream life was cut short in June when she was suddenly left paralysed. She is no longer able to speak, eat or move.

The young Briton thought she had a routine urinary tract infection, but just 48 hours after she started to experience symptoms, she had lost feeling in her arms and legs. Her 24-year-old half-sister Sadie told Fabulous Digital that the whole family was worried sick when Hayley stopped replying to their messages.

Hayley and Sadie talked every day, so she knew something wasn't right when she didn't hear from her. The last text Hayley sent Sadie before she stopped replying was: "It's really bizarre, I couldn't sleep last night. I felt like my bones really hurt."

Her half-sister Sadie told her to go to the doctor, but she didn't want to miss work. When she got to work, her boss saw that she was unwell and sent her to the hospital. Her family sent her messages to see how she was doing, and when she didn't respond, they got on a flight to Ibiza. 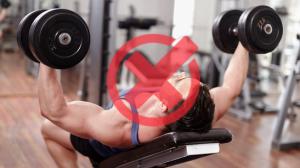 When they arrived at the hospital, they found Hayley heavily sedated, with tubes attached to her. Doctors still don't understand what exactly is going on with the young woman. Find out more about Hayley's ordeal in the video above.

Are You A Super Pooper? Some People Produce 'Super Feces' Capable Of Saving Lives