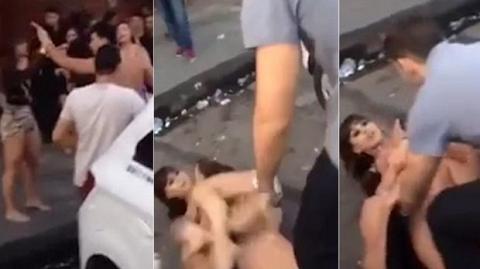 A Brazilian woman proves she can defend herself better than a man by ending a fight!

At the exit of the Brazilian club, "La Musique", the tension increases around a man who is visibly drunk. Among the chaos, a woman stepped out and put things in order by physically calming down her opponent - who happens to be is at least twice as big as her. Thanks to a Brazilian Jiu-Jitsu move, she managed to immobilise him by rolling her legs around his neck. A lesson he won’t be forgetting and an empowering message to all the ladies! 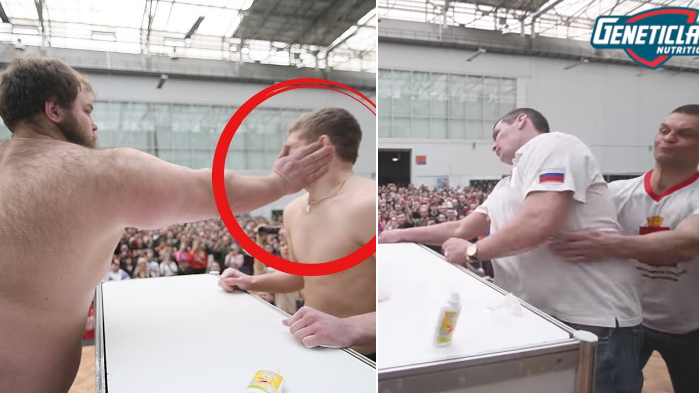 When A Slapping Contest In Siberia Ends Very Badly (Video) 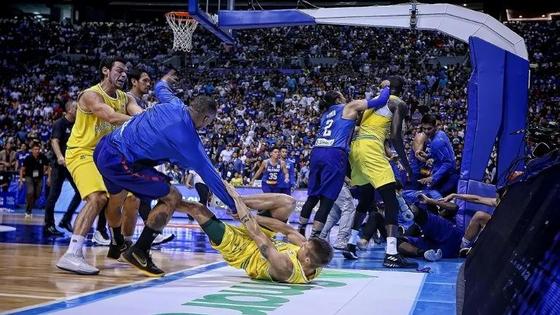 Watch: A Huge Fight Broke Out Between Australia And The Philippines During A Basketball Game