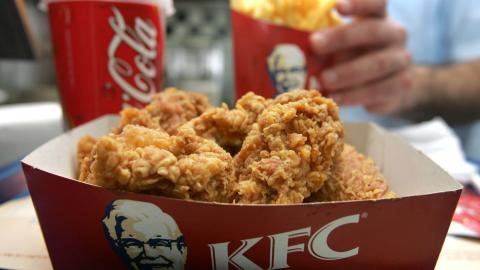 Employees at a KFC restaurant in the United States recently had to deal with a particularly uncooperative customer. When she arrived at the fast food restaurant without a mask on, she was in utter disbelief when she was told she couldn’t be served.

While governments keep reiterating the importance of social-distancing and other necessary measures in light of the Coronavirus pandemic, some people have decided to go about things a different way and be genuinely hostile when they can’t get what they want. Over recent months, an anti-mask movement has been gaining momentum around the world, but particularly in the United States. Across the country, protests against wearing masks have been taking place and some rather surreal videos and photos have been flooding social media as a result. Lately, there have been several altercations and conflicts in businesses and even on airplanes when people who weren't wearing their mask were asked to do so or leave the premises. And this is exactly what happened recently, only this time in a KFC.

The chicken of discord

According to the Daily Mail, the incident took place in a restaurant in California when a woman walked into a fast food restaurant to place her order. At this point, the employees behind the counter explained that they could not serve her if she was not wearing a mask or they would be fired. But that didn’t help the situation. After many attempts on the client’s behalf, she just went crazy. She jumped on the counter and started cursing at the people in the kitchen. When she saw that this wasn’t working, she took it even further and even started threatening to stab one of the employees.

After a few minutes, the client finally threw in her towel and left KFC empty-handed. We bet that the cooks and servers will remember this day for a long time.

Watch the video posted above to see the woman in action.