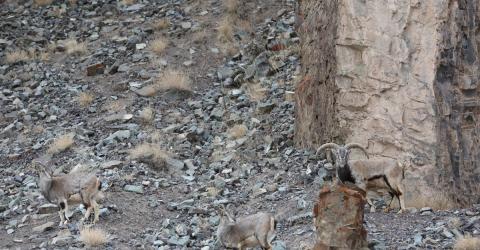 The snow leopard is one of the rarest and most elusive animals on the planet. However, one photographer was lucky enough to be able to observe and get splendid images of the leopard where we can see this feline’s remarkable talents for camouflage.

Can you see the snow leopard hiding in the photo above? No? Look up to the top of the photo near the rocky wall. Not so obvious is it? There’s a good reason that this feline is one of the hardest animals to glimpse and catch on the planet, especially for photographers and animal documentary film crews.

Snow leopards (Panthera uncia) are the masters of the art of camouflage. Thanks to its clear and speckled coat, the snow leopard blends right into the mountainous environment where it lives in Central Asia which is why the animal has earned the nickname ‘The Ghost of the Mountain.’

The photo above was taken by the photographer Inger Vandyke in the Ladakh region in India. He explained to the Telegraph:

Snow leopards are extremely rare, so rare that many people devote their lives to seeing one, let alone photographing one of observing it hunting.

The Australian was lucky enough, not just to see one of these unique leopards, but also to observe one hunting bharals (also known as Himalayan blue sheep) - its main prey. Years ago, organisations also saw remarkable images of the leopards captured by hidden cameras in the Chinese mountains.

An unknown and threatened species

Because of its elusive nature, the Panthera uncia species is relatively unknown and there are still questions about the state of its population in the wild. Currently, it falls under the category of ‘Vulnerable’ for the International Union for Conservation of Nature (IUCN). According to estimations, there are still between 4,000 and 7,000 specimens in the wild, of which around 60% are found in China. 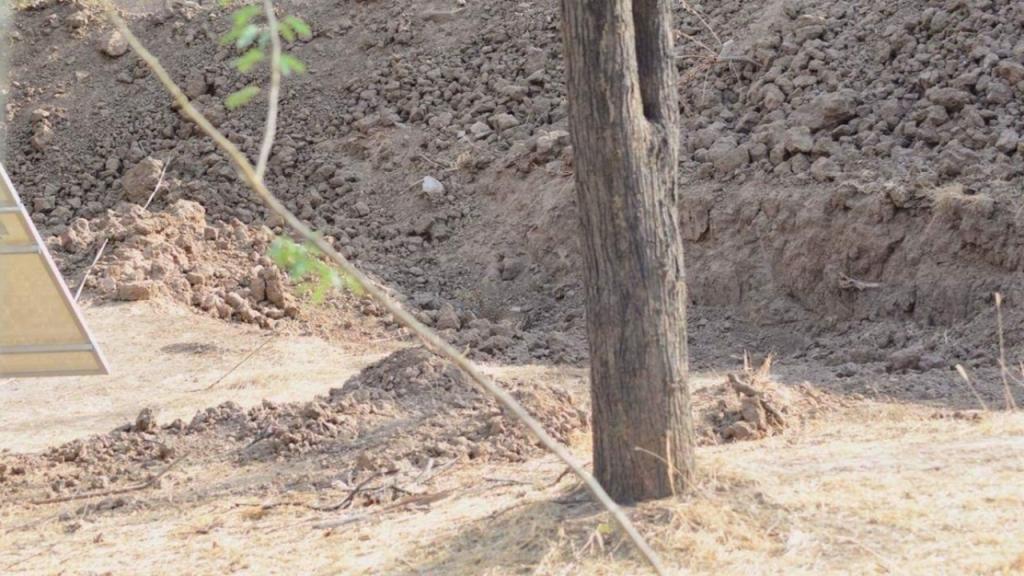 Can you spot the leopard in this picture?