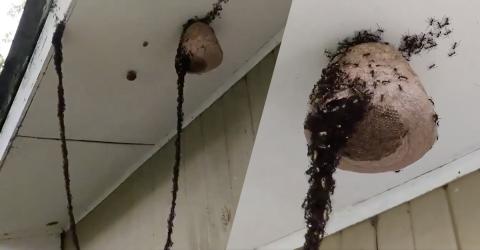 In Brazil, a young electronics engineer captured an incredible scene: a perfectly organised attack on a wasp nest made by a colony of army ants.

Ants are probably among the most fascinating animals in the world. Besides their perfect social organisation, these little insects also demonstrate remarkable physical and behavioural qualities. Their abilities are regularly documented on the internet with videos such as this one.

Nevertheless, the scene captured by a young electronics engineer in Brazil is incredible, to say the least. He filmed a colony of army ants attacking a wasp nest. In the video, the insects can be seen sticking to each other forming a kind of bridge allowing the others to reach the nest. 'Impressive to see the intelligence level and the collective organisation used to form the bridge,’ Francisco Boni says in his Twitter post.

An attack which is not so unusual

Although this is impressive, army ant attacks are not so unusual. Most of these insects are predators who attack or exploit other social species like wasps. And as we can see in this video, army ants can prove very efficient when dealing with their victims.

Known for their aggressive nature, they often attack in groups of hundreds or thousands. ‘When this type of attack happens, the wasps usually escape,’ explains Francisco Boni. ‘And the ants do not leave until they've completely looted the honeycomb, carrying pupae, larvae, and eggs, as well as some adults who did not manage to escape,’ he continues.

They make their way back to bring their precious loot up to the ant's nest. In the clip captured by the young engineer, the ants can be seen moving along the bridge with heavy loads.

Why build a bridge?

The configuration noticed in the video did however lead to some questioning. Why did the ants build a bridge like that when it was much more simple to pass across the ceiling? The answer remains a mystery. While Francisco Boni mentioned a weakness that was perhaps associated with trail pheromones which help the ants to navigate, a biologist expressed a fascinating theory.

Building this bridge was not a mistake or a random act on the part of the ants. On the contrary, it allowed the insects to complete their mission with less difficulty. On the ceiling, they would have been upside down, and this would have made carrying heavy loads more difficult. With the bridge, the ants could maintain a much more practical position. The genius of these insects continues to surprise us! 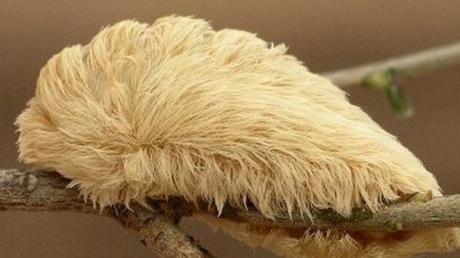 This fluffy little creature is actually a dangerous insect