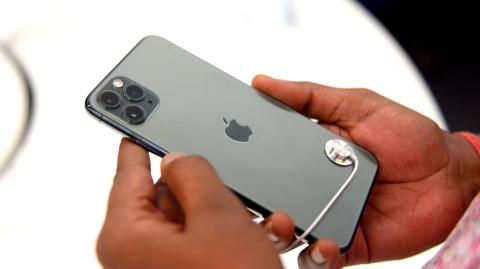 An Apple Store In Burlingame, California lost over £50,000 last week after it's 3rd robbery for that month!

This Apple Store was once hit by some pretty audacious criminals when they decided to rob the store during what appears to be business hours, and with what seemed to be minimal efforts to hide their identities.

The robbers entered the store at around 8:30pm one Thursday night and ransacked the entire place despite there being multiple eye witnesses and people in the store itself.

As you can see in the video, there are multiple robbers grabbing as much as they can before racing off, separating into two different getaway vehicles and disappearing into the night.

As they were collecting items and running in and out of the store, they were surrounded by numerous by-standers & employees who film the entire thing.

Now, the police are on the lookout for 8 males and have yet to make any arrests. They are classifying the crime as grand theft due to the total value of goods stolen.

This was the 3rd time that this Apple store had been targeted that month, perhaps its time to ramp up security a little bit...

Check out the video above to see the security footage capture of the robbery!