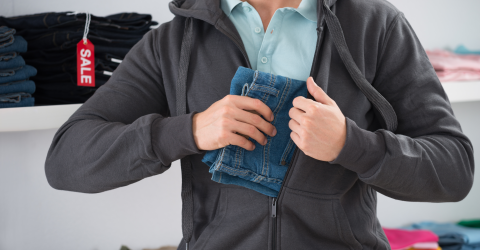 The coronavirus has become a weapon for some ill-intentioned people.

He bit the guards until he drew blood

Last Friday, a man with a mask on his face went to a clothing shop in the French city of Strasbourg with three other people, as reported by the French newspaper Dernières Nouvelles d'Alsace.

The individual then stole three jackets from the women's department, hid them in his bag and began to flee. The security guards managed to stop him in time but he put up a fight.

The man fought back and violently bit the two security guards until he drew blood. The guards still managed to arrest him and take him to the police station.

He claimed to have the coronavirus, but the test was negative

Once at the police station, he was questioned by officers. He told them that he had the coronavirus.

Tests were immediately carried out to see if the two bitten officers were at risk. Fortunately, the test results came back negative.

This new 'technique' raises questions about the precautions that should be taken when making an arrest. The man in question was summoned to have a hearing at the end of April for robbery with three counts for a repeat offence.