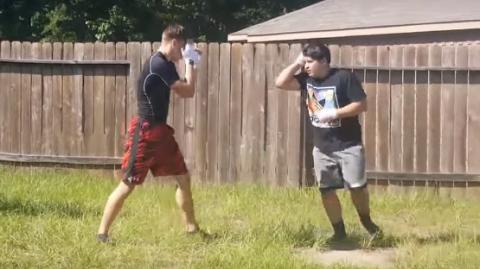 It is through an opposition of style in which these two young people confronted each other. Two friends faced off against each other to find out who is the best: one who practices wrestling and the other Muay Thai.

We know some parents who would not be too happy to see this video of two young boys fighting in their backyard. One practices Muay Thai, judging by his technique, and he is thinner than his opponent. The other is a wrestler, heavier and wider.

When the fight begins one might think that the muay-thai fighter will have the advantage because of his enthusiasm and his kicks. Yet his wrestler opponent holds on and responds with punches to make up the distance between them. A moment of inattention and the Muay Thai fighter is raised into the air before being violently tackled to the ground. Once on the ground, the wrestler is in his element and prevents the other from escaping. The one who we thought would be victorious at the beginning had to finally throw in the towel, to the very amused looks of their friends.

Check out the video above to see this one-of-a-kind street fight for yourself! 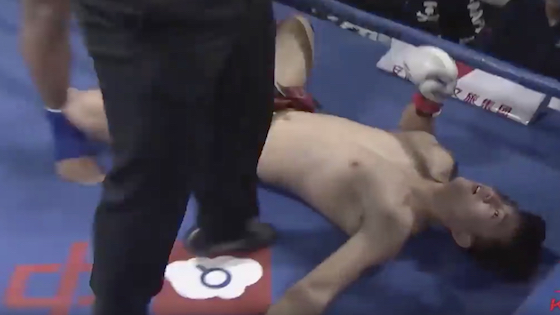 Muay Thai: Possibly The Biggest KO Of The Year