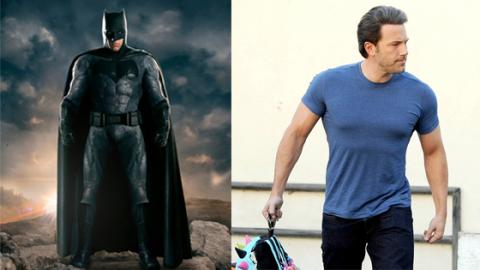 With this workout you’ll finally be able to say ‘I'm Batman’ and actually mean it.

Did you always dream of being Bruce Wayne? Rich, handsome and above all a masked avenger named Batman. He is one of the only superheroes who have no superpowers and yet is strong enough to send Superman six feet underground (in the movie anyway).

This character has been played by many actors, but the latest is none other than Ben Affleck, who recently stated that he would never again wear the Batman cowl.

Not always very ‘fit’ in the traditional sense, the 46-year-old actor had to train hard to fill the bat costume. His trainer, Magnus Lydback, revealed one of the workouts he used to do during his preparation.

You can easily make this workout part of your routine, twice a week, in addition to other sessions.

#celeb#film
Contact
To ensure that we can best respond to your question, please choose your desired department
No connection
Check your settings