A man was gardening when he spotted a diamondback rattlesnake, which he immediately decapitated with a shovel. Unfortunately, the snake came back to bite him in the ass... literally. 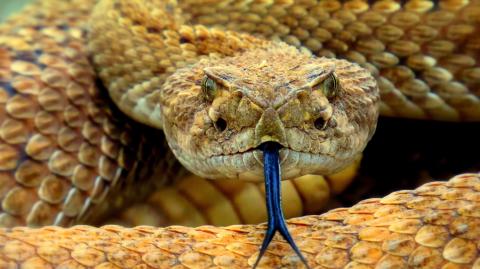 A Texas man was gardening when he spotted a 1.2 metre long rattlesnake. He decapitated the snake with a shovel but when he tried to pick it up, the severed head bit him.

According to several sources, the man received a high dose of venom. He became seriously ill and had to be taken to hospital by helicopter where he was given a large amount of anti-venom. A week later, his condition was stabilised. The snake in question is believed to be a western diamondback rattlesnake.

The bite reflex can be triggered hours after death

This story is not as rare as it sounds: snakes, like many other reptiles, retain their reflexes for hours after death. The bite reflex is extremely strong in venomous snakes because their instinct is to bite very quickly, move away and wait for the venom to act. Unfortunately for this Texan, the bite reflex can still be triggered hours after the reptile dies.

According to Bruce Jayne, professor of biology at the University of Cincinnati, snake corpses still writhe hours after death. This is a reflex similar to that of a headless chicken that can run for a short period of time, explains Bruce Jayne.

This strange behaviour is linked to the nervous system being pre-programmed to make certain movements without the brain having to send a signal. For example, a decapitated venomous snake head is programmed to bite in response to a stimulus—like someone trying to pick it up.

Jayne, who has worked with sea snakes in Asia, whose venom is particularly deadly, said:

This happens quite often. In fact, a researcher was recently bitten in this way.

He handles the dead bodies of venomous snakes, either roadkill or decapitated in vivariums, with the same caution as with live snakes.

You can easily hook your finger on the fang of a long-dead snake and be poisoned.

The vast majority of bites occur in people who get too close to snakes, who try their best to avoid humans.

Jayne explains that it is best to leave a poisonous snake alone. If you need to move one from your property or a public space, call an expert to move it yourself. 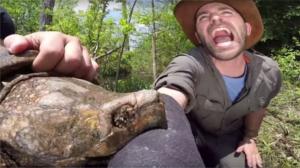 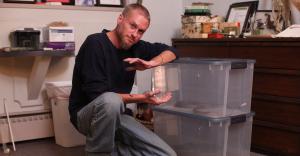 Discover, wildlife
He paid £100 to see a leopard up close, and the animal attacked him
Read more 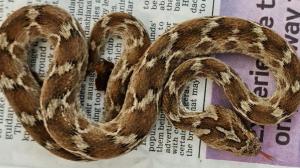 Discover, animal
Australian surfer dies after being attacked by a shark
More 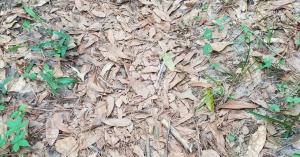 Discover, animal
Watch what happens when a boa constrictor attacks a porcupine