A few exploring tourists accidentally witnessed what might be one of nature’s most impressive duels. Peeking through the underbrush, they saw a mongoose battling the notorious black mamba.

This venomous serpent, known for its incredible agility, is one of Africa’s most dangerous animals. But even face-to-face with such a frightening predator, the mongoose isn’t as vulnerable as you might think. As reckless as it is swift, it manages to avoid the mamba’s bite while pulling off its own dazzling attack.

A small animal that hides its skill

With its thick fur, small head, and pointed snout, the mongoose can come across as an adorable, hamster-like little creature. But not quite! Its paws are armoured with non-retractable claws, and it’s known to eat…well, just about anything.

In places like Hawaii, mongooses are even considered pests. This mammal attacks anything, from birds’ eggs to snakes.

The mongoose is an extremely fast animal. As you can see in the video, its sharp teeth and remarkable speed allow it to leap onto its enemy’s neck to bite and instantly kill it. This small creature has another advantage against the snake: its skin is very thick, which protects it some from the black mamba’s bite.

In their natural habitat, mongooses live in groups inside of burrows. They reproduce several times a year and, like female dolphins, may leave their young with other females so they can go hunt. The young grow rapidly—after only nine weeks, they are able to leave the burrow and go on a hunt themselves! 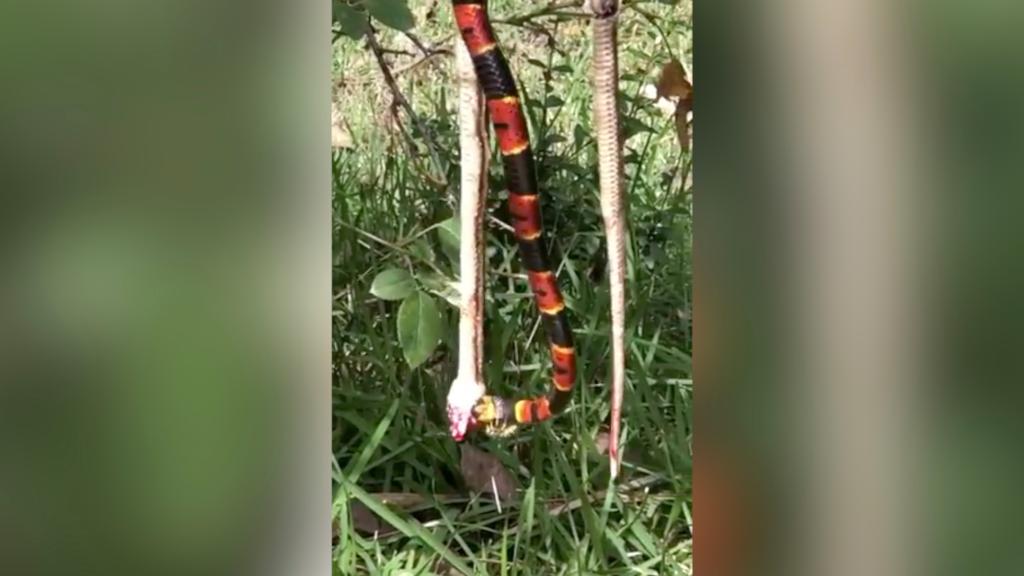 Two Snakes Duke It Out While Being Attacked by a Wasp