A Canadian man is giving the Florida man a run for his money when it comes to top WTF moments. We all like to think of Canadians as those polite friendly neighbours who mind their own business and very rarely cause any problems, well one Canadian is changing the tides with a tantrum he threw against a gas pump.

In the city of Brandon, Manitoba which is just about an hours drive north from the border of North Dakota, police are looking for a man who may be the most rage-filled Canadian we have ever seen in our lives.

A recently released video shows a man totally losing his cool when he was unable to fill his vehicle up with gas before paying. We're not sure if he was having a bad day leading up to this, but it appears that anything might have sent him over the edge at this point.

Caution is advised to all gas station clerks, pump boys and gas jockeys the footage above may be hard to watch. It might make you think twice before asking costumers to prepay for their gas before letting them fill up.

The video above was posted to the Brandon Police Force's Twitter page along with the caption:

Well, this guy looks like a real gas …. If you happen to know this hoser, feel free to pump some premium information our way. We’d love to throw him in the tank!!

Nothing like some good old Canadian cop humour eh!

Comments ranged from sympathy for the man to savage humour:

Since it was posted the video was posted it's been watched almost 34,000 times. Perhaps someone, somewhere might recognize the man who is clearly in desperate need for some anger management therapy.

For now, he remains on the loose but anyone who bumps into this man should maintain their distance as he definitely has a short fuse. If he's not afraid to take on the gas pump just imagine what he'll do to you. 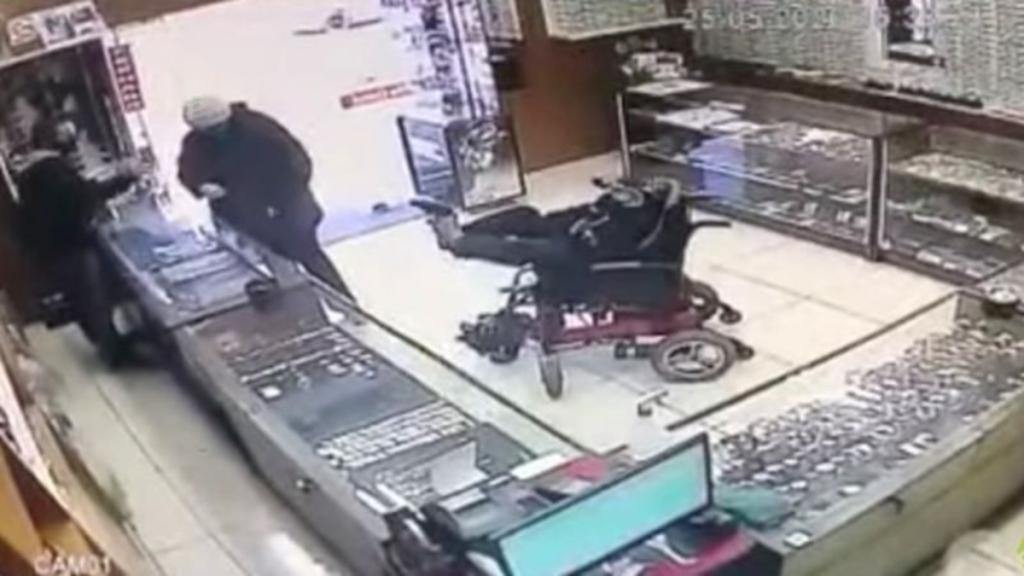 A Deaf-Mute Man in a Wheelchair Robs a Jewelry Store...With His Feet (VIDEO)