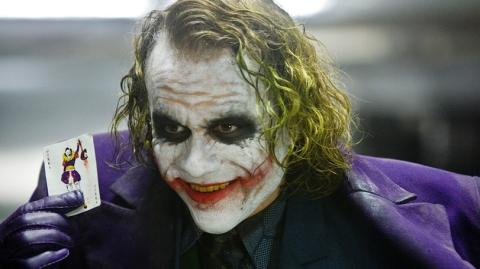 The British Film Institute has announced that it will no longer fund films featuring villains with scars on their faces for one particular reason. Check out the video above to find out what has happened to bring about the change!

Heath Ledger’s Joker, Scar, Voldemort, Darth Vader are all villains who appear with large scars on their faces in films. A trait that modern films inherited from silent films, in which these unmistakable visual clues made it possible to instantly grasp the role of each character despite a total absence of dialogue. But this distinctive symbol which is so widespread in the collective imagination could soon disappear…

The British Film Institute (BFI), which produces and finances many films, has just announced that it will no longer give money to productions featuring villains with visible stigmas. ‘[Films are] a catalyst for change and that is why we are committing to not having negative representations depicted through scars or facial difference in the films we fund’ Ben Roberts, Deputy Director General of the British public agency, told the Telegraph.

This decision was welcomed by the association Changing Faces, which defends people who are marginalised because of their physical differences. ‘It’s astonishing to think that films have used visible difference as a shorthand for villainy so often and for so long. The time has come for this to stop,’ says Becky Hewitt, the organisation's director. The latter has launched the #IamNotYourVillain campaign on social networks, in order to highlight this trend, which is very strong in the film industry.