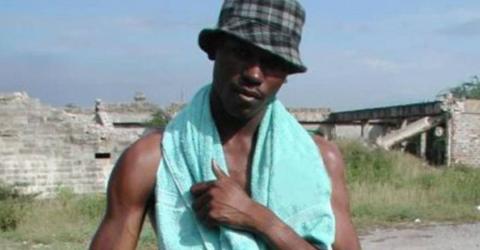 Do you remember the picture of a man that went viral on WhatsApp in 2015? Odds are at least one of your contacts sent you the meme, which features a terrifyingly huge penis. Years later, he's back in the spotlight, but this time, he's not doing so great...

The man from the popular meme that went viral on WhatsApp has resurfaced. In 2015, he became a worldwide sensation after a photo of his gigantic penis was shared on the messaging application, and many media outlets sought to answer the question we were all asking ourselves: is his penis actually that big?

In case you haven't heard, the answer is "no." El Confidencial did some research to gather information about the man and his big manhood. They were only able to obtain information regarding person who had shared the picture.

The person who posted the image goes by the nickname aquastorm427. He lives in New York and edits photos of private parts using Photoshop for a living. The popular meme of the black man was one of his Photoshop creations, all fake.

But what become of the man in the picture? Well, he made headlines this week. Years later, his life has taken a dramatic turn. Things are not looking good for him at all.

He's been dealing with serious legal issues. Check out the video above to find out more about how he's doing!