After a sudden brain aneurysm and stroke caused Cynthia Martinez's brain to swell, the former beauty queen was forced to have a portion of her skull cut away in order to save her life.

In November 2018, 35-year-old Cynthia, an ex-beauty queen, single mum-of-one and digital marketing specialist, seemed to be in perfect health when she suddenly collapsed at her six-year-old son's feet.

Cynthia was rushed to hospital where it was discovered that she had suffered a brain aneurysm. Although she initially seemed to be recovering well, she then had a stroke just days later whilst still in the hospital.

As the stroke caused her brain to swell, doctors were forced to remove the bone flap from her skull in order to save her life. After over a year of recovery and further surgeries to replace the bone flap, Cynthia is finally well enough to go back to work.

Cynthia shared her experience on Facebook with a heartwarming message:

'So I decided, today, I won't be celebrating the thing that tried to kill me. I will celebrate that IT DIDNT SUCCEED! I will celebrate my amazing family that through thick and thin showed me what it is to be strong. Who have dropped everything when it's time for surgery, who has stopped their lives to make sure I get mine back. I will celebrate my great friends who were there in 2018 and are still here today. Who have comforted me at my worst and celebrate the good.'

Despite everything she's been through, Cynthia remains incredibly positive and wants to share her story in order to inspire others and spread what she sees as proof of miracles and 'the power of prayers'.

Cynthia said: 'Things could have gone very, very wrong. For my family and especially my son - like it does for countless people in my situation, when things get tough I try to remind myself that I'm alive and I was given this privilege of living. I struggle because I'm living.' 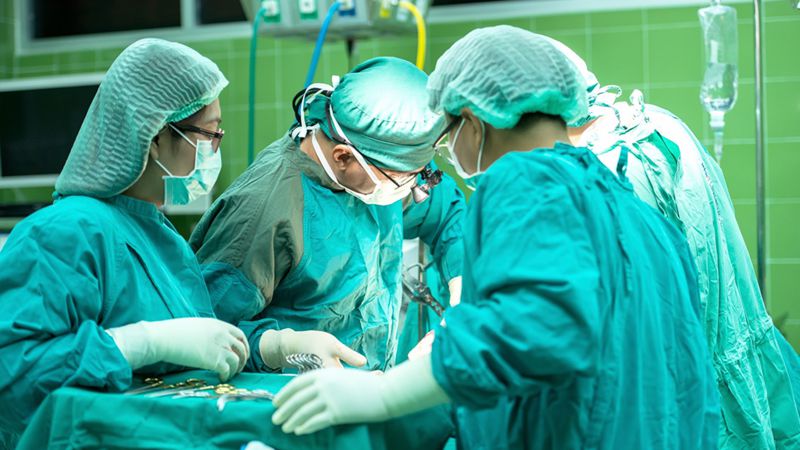 Surgeons Were Removing A Donor’s Lungs, Then They Saw Something Horrific