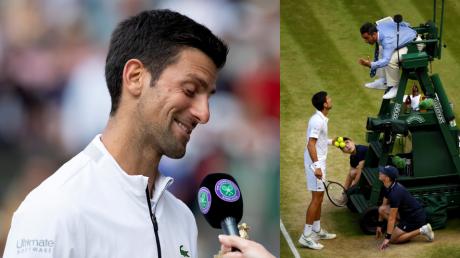 Novak Djokovic and Roger Federer gave us a Wimbledon that will go down in history in many ways. And we learnt something quite unexpected a few hours after the match about the Serbian and his ignorance for the rules.

There are finals that go down in history as soon as they have been played. And the 2019 edition of Wimbledon between Roger Federer and Novak Djokovic is one of them thanks to the Swiss’ incredible endurance, capable of taking Rafael Nadal down in the semi-final at almost 38 years old.

The match gave the Serbian world number 1 the opportunity to join his idol Bjorn Borg with 5 titles on the turf in London. And also to enforce a new rule which didn’t take long to be used: the ‘super tie-break’.

We’ll explain this rule that is both surprising, but simple to understand in a few words. To avoid the fifth endless set in which neither of the two players is able to beat their opponent, the Wimbledon organisation decided to come up with a solution.

Since last year, if the two players get to 12-12 in the last set, they can play a tiebreaker to decide the winner.

The rule gives ‘players ample opportunity to complete the match to advantage, while also providing a certainty that the match will reach a conclusion in an acceptable time frame,’ explained AELTC chairman Philip Brook.

Djokovic lost in the fifth set

But TV spectators, and especially the players, aren’t yet used to this ‘super tie-break’. Result: Novak Djokovic lost big time. After a superb, but strange game, Djokovic and Federer found themselves with 2 sets each.

The fifth set was monumental. The two legends upped their game and went blow for blow, Roger thought he was making a difference by breaking at 7-7 but despite the two match points he saved, Novak came back with a strong attitude. Unable to reach a conclusion, the two men were heading for this super tie-break.

But at 10-10, the Serbian thought that it was time to play the tie-breaker. He asked the referee, who explained that he needed to play another 4 games if he wanted to go ahead with this decisive game. By the end of the match, Djokovic had won 7-3, prevailing in 4h57, the longest final in the history of the tournament (7-6, 1-6, 7-6, 4-6, 13-12). Probably not as strong as the GOAT Federer during the match, the world number 1 proved he was stronger mentally when it was important. 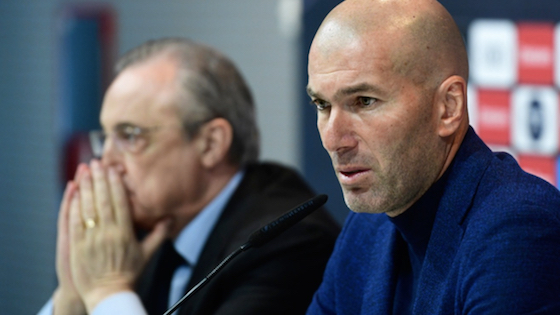 Why Zinedine Zidane Has Made The Best Decision Possible