A new strain of coronavirus has been detected in south-east England, but there’s no reason to panic...yet. 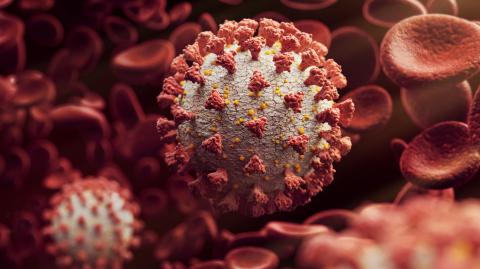 A new strain of coronavirus has recently been discovered in the south-east of England. Scientists have been keeping an eye on the suspicious new strain but it isn’t entirely evident yet if the new form is a cause for concern.

Many are now worried that the new strain of COVID-19 will render the recent vaccines useless, or if it has the chance to increase transmission. So far, there have been little answers but researchers are keeping an eye on the virus for these very reasons.

While a mutated version of a virus s often minor, it can very rarely change the virus’ makeup, making any existing vaccines useless in protecting the masses. But so far, there is no evidence on whether the new strain of coronavirus has presented any dramatic alterations.

So far scientists have noticed that the occurrences of the new strain are higher in the areas that also have a high rate of transmission. This could mean that the new variation has made the virus even more, or more easily contagious. Or, it could mean that people are bringing the new strain home from their holidays, similar to the spreading of the ‘Spanish strain’ back in the summer.

However, what is more concerning to professionals is if new strain of the virus has actually mutated. Professor Nick Loman from the COVID-19 Genomics UK (COG-UK) Consortium told BBC News:

It has a surprisingly large number of mutations, more than we would expect, and a few look interesting.

There are two ways in which a virus can mutate and both involve the crucial spike protein, which allows the virus to overtake the body’s cells.

Mutation N501 has been concerning researchers as this occurs in the ‘receptor binding’ part of the spike, which is where the virus makes first contact with the body’s cells. This mutation could be mean that the virus has become easier to transmit.

The other worrying mutation, the H69/V70 deletion has already occurred in the famous Mink catastrophe.

The University of Birmingham’s Professor Alan McNally also spoke to BBC News on the issue, confirming that there isn’t enough information as yet:

We know there's a variant, we know nothing about what that means biologically. It is far too early to make any inference on how important this may or may not be.

But, as all three of the new vaccines target multiple parts of the protein spike, scientists are confident that the vaccine will continue to be effective.

The only issue now is if the vaccine forces the virus to further develop in order to target those who have been immunised.

Lifestyle, news
The coronavirus vaccine will only affect 30m out of 67m Brits, so who gets priority?
More