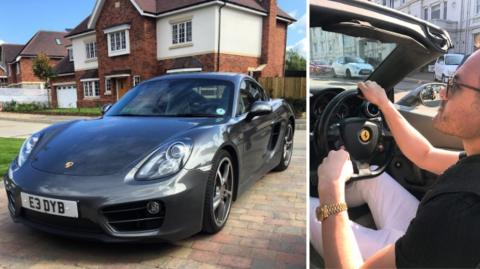 The owner of this superb Porsche Cayman decided to part with it by selling it at an unbeatable price. His asking price for this luxury car? £20!

Did you know that you could actually afford to buy a real Porsche? In the United Kingdom Ed Bezzant, a wealthy real estate agent who owns a superb Porsche Cayman, decided to put his car up for sale for the price of… £20.

How is this possible? As you can imagine, this enticing announcement does have a catch. To sell his pride and joy, Ed Bezzant organised a kind of raffle where the future owner of the car was drawn.

For this lottery the real estate agent sold almost 2,500 tickets, enough to give him the tidy sum of nearly £50,000. A real markup knowing that his car is actually worth £38,485.

As the seller stated in his announcement on Instagram, the draw is 100% reliable and someone will have access to the car’s papers when everything has been sold. ‘You can buy as many tickets as you want,’ the savvy businessman said.

The competition was won by a young girl named Chloe - and Bezzant went on to use the same system to sell his Jag this year! We'll certainly be keeping an eye out for his next raffle...