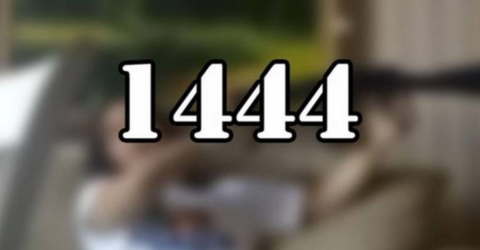 A video that was uploaded to multiple popular social media networks under the title 1444 went viral this weekend and has spread like wildfire on YouTube. The platform has deleted all the videos with the content.

This video is said to curse you, this reminds us a lot of the movie The Ring. The video spread very quickly as it incites users to click without knowing exactly what they are going to see.

The video lasts only 17 seconds and had already been shared previously on platforms that publish explicit content. However, this weekend it reached multiple commonly used social platforms such as Facebook, Youtube, Twitter and Google.

Originally, the video was a like stream on a platform called VK, and it was later uploaded to a YouTube channel called Gore and was active for about 16 hours before the platform moderators removed it. Unfortunately, it was online long enough for thousands of users to download and share it.

In the video, we can see a man by the name of Gleb Korablev sitting on a sofa in front of a painting pointing a rifle at his head. The man speaks in Russian making a reference to a Russian 'suicide meme' and then squeezes the trigger, the shot is heard perfectly and you can also see the gruesome consequences of the shot.

The users invented who uploaded the video created an urban legend about it. According to many Internet users, the video would be cursed. In order to break the curse, the video would have to be answered with the date of the supposed suicide 17/10/2019 for example.

Kurosagi8, a Reddit user posted in a forum for people interested in the dark web and explained: "They say that basically it is a kind of video taken from the Deep Web, the theory is that this man planned it beforehand and cursed it. Then, anyone who sees him must say the date of his suicide or they will be terribly unlucky. It can be some kind of cult joke ... But it seems strange to me that there is no protection for children at the time he had been on the platform. "