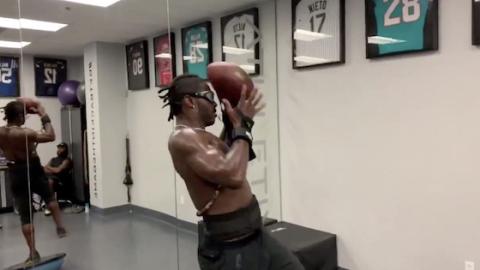 Before the new NFL season with the Oakland Raiders starts, Antonio Brown has been innovative with his physical preparation, and it's very impressive to say the least.

High performance athletes are going further and further to prepare their bodies in their quest for perfection. Each muscle and each way the body moves can be optimised by an adapted preparation. Antonio Brown, receiver for the Oakland Raiders, seems to have understood this well.

Three videos of his athletic preparation were shared on the Twitter accounts of his physical trainers. Each time, the exercises seem new and particularly adapted to his needs. In addition to working on his proprioception with a balance trainer, he also exercises his eye reflexes and the speed of execution of his arms.

The brick exercise is particularly interesting, since in addition to working on his arm speed, Antonio Brown is also working on his mastery of space, since he never looks anywhere but straight ahead, thus preparing him well for his games.

The lesson to be learned is that you can always innovate when it comes to exercise and training in order to get better. The key is obviously to know how to target your needs, whether your sport is football, tennis, rugby, hockey or something else entirely.

Take a look at the video above to see Antonio Brown's insane training methods for yourself! 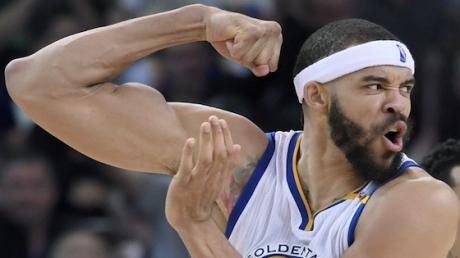 This NBA Player Has A Seriously Impressive Ab Workout 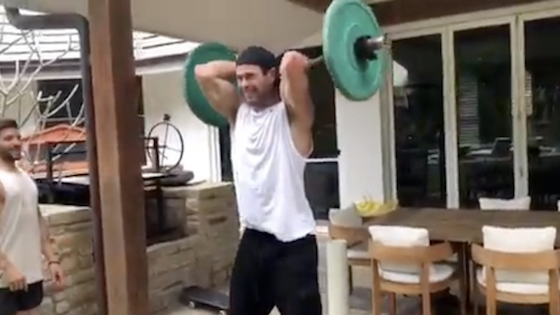