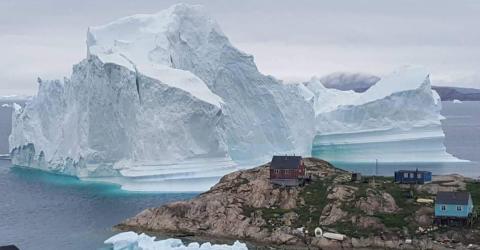 An iceberg that has drifted very close to the village of Innaarsuit has forced Greenland authorities to evacuate its villagers. The huge mass of ice could have crashed onto the coasts and caused a tsunami.

Almost 100 metres high, 200 metres wide and weighing around 11 million tonnes, this giant iceberg is a real threat to the village of Innaarsuit, in the north-west of Greenland. On 13th July, the block of ice drifted very close to the coast of the village, causing an urgent evacuation of the 169 villagers that lived there.

Images taken of the scene show the giant block of ice looming over the rocky village of Innaarsuit, making the houses, buildings and other structures look tiny in comparison. Although icebergs are quite common in this area, this one is different and is more of a threat due to its size and position.

‘This iceberg is the biggest we have seen and there are cracks and holes that make us fear it can calve anytime,’ says city councillor Susanne K Eliassen in the local newspaper Sermitsiaq.

The fate of the island’s inhabitants is now hanging on the weather alone. A gust of wind at just the right moment could cause the iceberg to shift from where it is currently positioned. On the contrary, if it rains too much, a part of the iceberg could break off, causing a tsunami that could wipe a good part of the village off the map.

‘We fear the iceberg could calve and send a flood towards the village,’ declared Lina Davidsen, chief of security for the Greenland police. As well as this, the village’s power plant and the fuel tanks are located next to this very coast and therefore the iceberg, which only increases concern about what could eventually happen.

In June 2017, a landslide caused by an earthquake measuring a 4.1 magnitude, a few kilometres from another village in Greenland, caused a tsunami that killed four people. This time however, a Danish Marine Royal boat is ready to intervene if necessary, according to CBC. The villagers are therefore watching the weather closely and although winds are expected to remain relatively calm over the next few days, bad weather is forecast for 22nd July.

Is this type of phenomenon linked to climate change? According to many experts, the dangers posed by icebergs could increase in the future, hence increasing the risk of tsunamis. This huge block of ice was discovered a few weeks after a video, taken by American experts, was broadcasted showing it breaking away from Helheim Glacier 6 kilometres away in the east of Greenland.

The calving is an ongoing process for glaciers, but the problem lies in how often this happens. This only adds to the decline of the ice in Greenland, which seems to be accelerating in recent years. In March 2017, ‘arctic sea ice was measured at 14.42 million km2, the smallest stretch since satellite observations in 1979,’ Marie-Noëlle Houssais, oceanographer at the National Center for Scientific Research (CNRS) told the newspaper Ouest France.

According to a recent study, if the ice in Greenland completely disappears, the melting of this huge island located between the North Atlantic and the Arctic Ocean could make sea levels rise 7 metres by the end of the century. 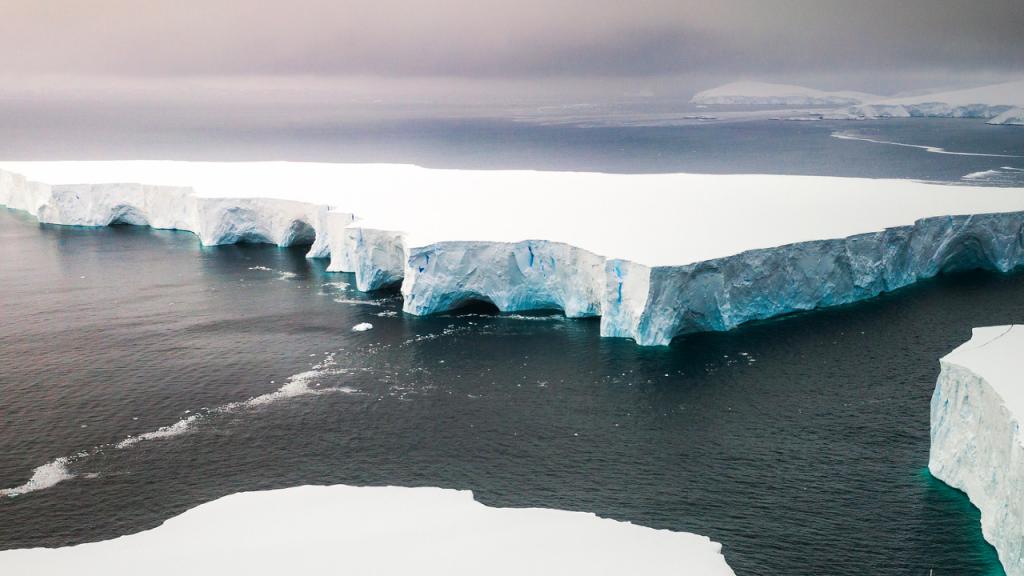 An Iceberg as large as London just broke off of Antartica, threatening a British base