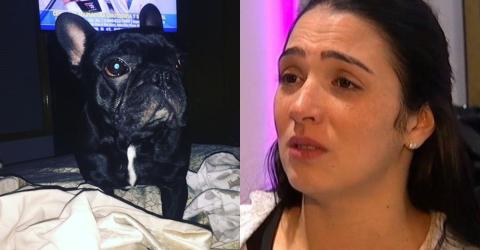 A tragic story unfolded aboard a flight from Houston, Texas to New York. One passenger documented and shared on Facebook how exactly United Airlines killed a young puppy. Watch the video to find out more.

A family aboard a United Airlines flight on March 13 travelling from Houston to New York brought their puppy, a Frenchie named Kokito, with them in tow in a small kennel. Upon boarding, flight attendants on board instructed the family that the 10 month old dog must be kept in the overhead compartment without any airflow or water available.

Upon landing to their destination, the family opened up the kennel to witness their puppy unresponsive. After repeated attempts to resuscitate the young pup to no avail, the family were forced to accept that their pet had died midflight. Fellow passengers claim to have heard the dog crying throughout the flight, only to witness the cries suddenly come to a halt.

Despite the fact that flight attendants insisted that the dog be placed in the overhead compartment ‘because he’ll block the path’, United Airlines has come forward and admitted full responsibility for the events and is investigating the situation. ‘"This was a tragic accident that should never have occurred, as pets should never be placed in the overhead bin. We assume full responsibility for this tragedy and express our deepest condolences to the family and are committed to supporting them. We are thoroughly investigating what occurred to prevent this from ever happening again’, United said in a public statement.

According to United’s policy, ‘a kennel must fit completely under the seat in front of the customer and remain there at all times’. The passengers were refunded for their flights as well as for the fee paid to bring the dog aboard.