A driver was pulled from his car and beaten in one of the worst cases of road rage police have ever seen.

Caught on dashcam was debatably the worst case of road rage we’ve ever seen. It shows a furious and huge man getting out of his truck and pulling his victim out their car and proceeding to batter them mercilessly.

The man in question, Stephen Carr of Grimethorpe, was apparently thrown into a rage after his victim made him a ‘rude gesture’ after a near-miss at a roundabout not far from where the incident occurred. 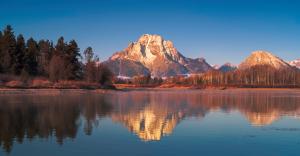 Furious, Carr forced the driver to pull over and then ripped the man from the vehicle andbeat him in front of oncoming traffic.

The Sun reported that according to the individual that recorded the footage, a member of the Yorkshire Police sais it had to be the ‘worst incident of road rage ever captured on video’.

Carr was sentenced to 16 months in prison and given a 20-month driving ban after being found guilty for assault causing bodily harm. He also had to pay his victim £140 for damages caused.

#viral#bsa
Contact
To ensure that we can best respond to your question, please choose your desired department
No connection
Check your settings