Selena Gomez Reveals What She Wants In A Man

If you want to be in with a chance of dating stunning actress and singer Selena Gomez, she's got a couple of pieces of advice for you. Selena recently revealed to Jason Derulo what she's looking for in a man. 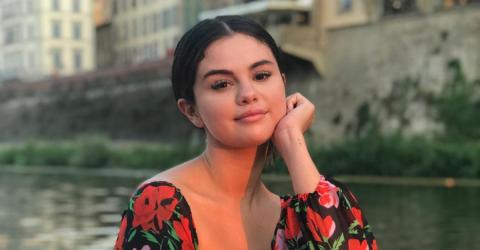 Is Selena Gomez single? Whilst the gorgeous star has had some very famous exes, the answer currently seems to be yes. As of December 2019, Selena Gomez isn't publicly dating anybody.

Selena famously dated Justin Bieber before he got together with his now-wife Hailey Baldwin. The former couple dated on and off between 2010 and 2018 when they broke up for the sixth and final time.

It seems that Selena has a thing for fellow singer as she's also previously dated Nick Jonas - who's now married to Priyanka Chopra - and The Weeknd. However, don't despair if you're not a world-famous pop singer, you could still be in with a chance if you can make Selena laugh…

In an interview with Cats star Jason Derulo, Ms Gomez revealed: 'I love funny. I don't like arrogant. I don't like show off-y. I love playful and adventurous, but really down to earth and cool.'

Being a world-famous star, Selena admitted it can be difficult knowing if people are being genuine with her, so she has a special method for checking out who is for real:

'I like group situations. So, I find that that's what makes me comfortable, if they're someone maybe I know of someone I know. I tend to like to be approached in a natural, organic way. And I hope that whoever is doing that is actually interested in me and not really my name. So, it's pretty hard, but that's usually the best way… I feel like in the first five seconds, I can tell if I'm meeting someone that just wants one thing. And then I can tell when it's a good group of guys and they're cool.'

So there you go!