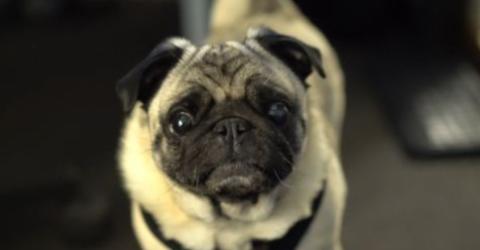 The developers of the upcoming Halo Infinite game, 343 Industries, have revealed how some of the sound effects of the next opus were recorded. In other words a chance to meet Gyoza.

Cute or ugly? Ugly or cute? What is certain is that little Gyoza, the official dog of the 343 Industries studio, does not leave anyone indifferent.

While working on the highly awaited Halo Infinite game, the studio shared on Instagram the backstage of the recording of some of the game's sound effects. And as a voice, they chose Gyoza!

Recorded by several ASMR microphones, the little dog, whose breathing is not made easy by genetics, makes a series of noises, each one stranger than the next.

We obviously don't know yet how these sounds will be used, but we suspect that they will be used to dub a nasty creature.

What is certain is that little Gyoza obviously took great pleasure in being the star, for one of the most awaited games of the moment. Designed for Xbox and PC, Halo Infinite is still announced for the end of 2020.