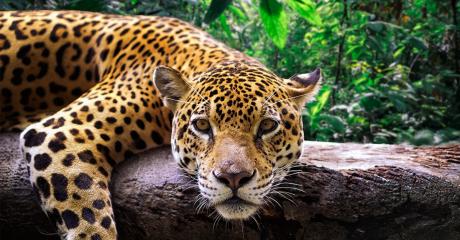 A new study has mapped what's left of the wilderness, where endangered species can still find refuge. It reveals the terrible impact of humans on this fragile biodiversity.

A new study published in the PLOS Biology journal gives us an overview of what's left of endangered species. In it, we discover the "cold spots", wild places where these species can still hide away from hunter, deforestation or mining activities. And "hot spots", where the wealth of these species is threatened by human activity.

Nearly a quarter of endangered species in serious danger

The results presented on this map of what's left of the wild paint a very sad image. "Nearly a quarter [1237 species] of the species measured are threatened over nearly 90% of their distribution. What's even more alarming, 395 species are impacted throughout their distribution and will more than likely face extinction if no action is taken to remove the threats," said James Allan, lead author of the study.

The researchers focused on amphibians, birds and mammals, for a total of 5,457 terrestrial vertebrate species. There is no mention of insects, crucial elements of our ecosystems, which are disappearing at a fast pace. The impact of human activity on these three categories extends over 84% of the earth's surface. Animals such as the lion or the elephant are impacted on almost all their territories.

A threat to the Amazon rainforest

Cold spots are found in the Amazon forest, in the Andes, as well as in the tundra and boreal forests of Russia and North America. Hot spots are particularly concentrated in Southeast Asia. The biodiversity of India, Burma, Thailand, Malaysia and Indonesia is increasingly threatened by the expansion of human activities, including the cultivation of palm trees for palm oil production.

The Amazon rainforest is not out of the woods. Brazil's tropical and subtropical rainforests are among the most impacted biomes of human activity, and political tensions with their new president, Jair Bolsonaro, are far from over. With this map, researchers hope to provide a guide to areas that urgently need to be protected.