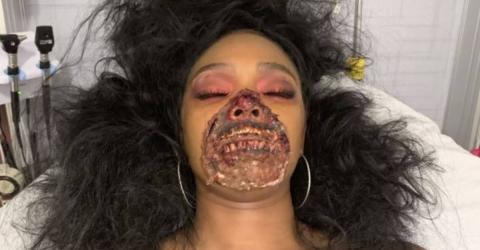 A woman in zombie makeup was taken to hospital and doctors believed that her injuries were real.

The woman has been identified as Jai Fears, a dancer and singer from the United States. The artist arrived in a hospital wearing rather strange makeup which ended up really frightening doctors and everyone else who was there as well. She was quickly seen to.

This dancer had been hired to record a video for a company who would be doing ‘zombie’ makeup this season, hence why she looked so terrifying. This makeup, which was very professionally done, caused a lot of confusion in the hospital and it made her look like she had a huge wound on her face, which doctors believed was caused by some kind of accident and that the woman was in a state of shock.

However, the truth is that the young woman had suffered quite a bad anxiety attack and that’s why she had gone to the hospital. Because of her anxiety, the woman didn’t inform the hospital that she was actually wearing zombie makeup, as she herself revealed:

‘They have to know! So no, I did not say anything because I just assumed they could see that it was fake.’

Although the hospital became incredibly worried and panicked, not long after, everyone had heard the story of the dancer that people had nicknamed the ‘zombie dancer’. Photos of the hospitalised young woman didn’t take long to spread on social media.

Even her own mother shared the photos and explained what happened on Facebook, where the story quickly went viral.

‘When your daughter Jai Fears is shooting a video for zombie makeup and has a bad reaction to the makeup and ends up at Beaumont Emergency Room and traumatised the trauma team! Enjoy the pictures.’

A very uncomfortable moment that finally ended in laughter and a funny story to tell. That being said, the hospital also released a statement in the hopes that this wouldn’t happen again. We need to remember that hospitals and emergency rooms are no places for games and that doctors are responsible for lots of people’s lives and they need to concentrate and focus. Check out the video above to see the impressive photos of this ‘zombie dancer’. 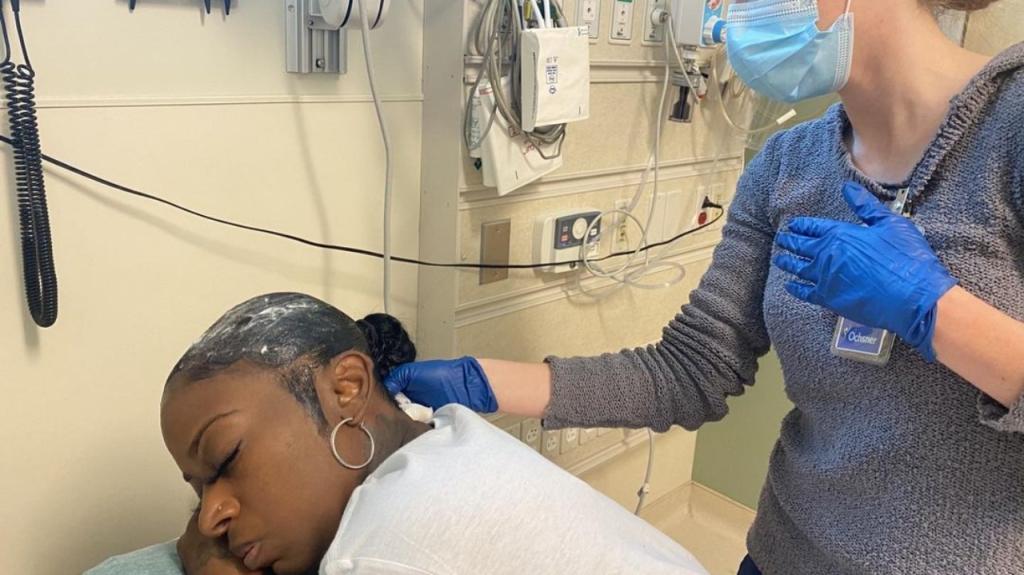 'Gorilla Glue' woman who used glue instead of hair gel is finally free!