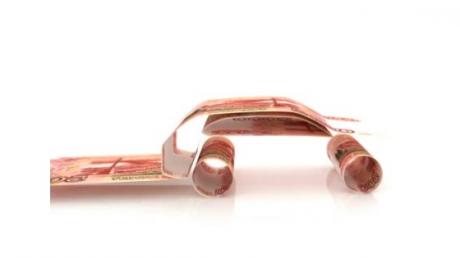 In Kazan, in Russia, a stripper who really wanted to get a loan, lifted her top in front of her banker. Check out his reaction...

‘Do whatever it takes to achieve your goals.’ We’re sure this Russian bank client in Kazan is familiar with this saying. As the Daily Mail reported on Wednesday 16th January, Yulia Kuzmina, a very influential stripper on social media sites, showed off her assets in front of her banker in order to secure a car loan.

She showed off her chest and started touching herself

Visibly ready for anything when it came to getting a new car, the young woman first tried to charm him, but this clearly had no effect on the banker who stayed very professional. When she saw him shake his head from left to right, she risked everything, as the security camera reveals: Yulia Kuzmina lifted up her tight dress – definitely chosen for the particular occasion.

She then explicitly showed him her chest and not just that: she started touching herself in front of him. But this didn’t really seem to convince the banker, who had already refused her the loan during a previous meeting. The banker invited her to redress and leave at the same time.

‘I am in a difficult situation. Those who judge me do not know what they would do in my shoes,’ claimed the young woman to her local media. She was not granted the loan.

Take a look at the video above for more on the story...