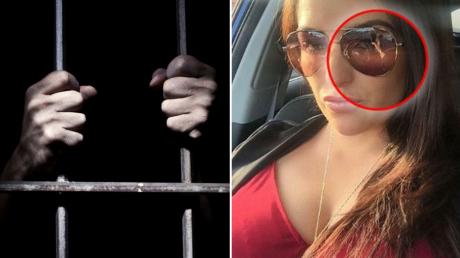 This driver really messed up in her attempt to get rid of a speeding ticket.

After getting her fourth ticket in less than two years for speeding, Sheree Siddall, 30, wanted to get rid of it with the help of an unsavoury method.

The Englishwoman who lives in Yafforth, Yorkshire, tried to bribe a friend on Facebook to claim her ticket worth £300. Unfortunately for her, her post on the social network was seen by a police officer who happened to be one of her clients.

And to make matters worse, one of her profile photos also showed the young woman driving her car, taking selfies while driving. You don't have to be Sherlock Holmes to realize this, as the road and the hand holding the phone were reflected...in her sunglasses.

As a result of this case, in addition to her initial offence, the young woman was sentenced by the court to four months in prison with parole and was forbidden from driving a vehicle for eight months.