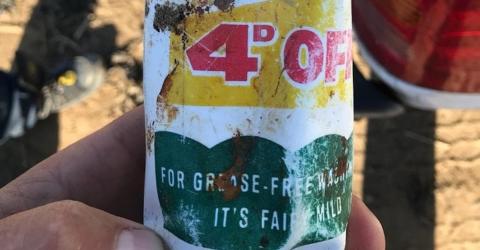 Among the several hundred tonnes of rubbish that washed up a few days ago on a British beach, it was a seemingly nondescript object that won the curiosity of the local coastguard. A small white bottle bore the logo of a dish liquid manufacturer, but also an inscription marking its manufacturing date…in the 1970s! A 50-year-old piece of rubbish still almost perfectly intact.

“I will outlive you!”—in some way, the subliminal message sent by plastic to humanity. A few members of the British coastguard recently realized this when they discovered, washed up on the sand, a bottle of dish liquid near half a century old…and yet almost completely intact! This rare find took place on the banks of Burnham-on-Sea, a coastal English village at the mouth of the Parrett River.

A few days ago, a lifeguard fell nose to nose with a heap of rubbish left behind by the tide. Within the pile, he noticed a small bottle made of immaculate white plastic, covered in brightly-colored inscriptions. It seemed like an object that had been only recently made. “The bottle still looks almost new,” said the coast guards in an interview with the BBC. And yet…

An inscription from another time

One detail in particular attracted the attention of the item’s finder. Other than the brand, 'Fairy'—launched in 1950 by the group Proctor & Gamble--the bottle features an astonishing inscription in bold letters: '4d off', signifying a reduction of 4 pre-decimal pennies. This type of currency existed in the United Kingdom before the country adopted a decimal currency in 1971.

'It’s shocking how long rubbish can survive,' remarked the British coast guard. A statement that reminds us of the tragic reality the bottle represents: the near-infinite lifespan of plastic.

At best, scientists estimate certain plastic objects will last around 500 years; others, however, may not biodegrade at all. Such immortality threatens to carry dire environmental consequences—of which the examples have only multiplied the past several years.

One piece of rubbish among many others

Some small consolation: this tragically old and environmentally-dangerous bottle was found within a heap of debris that was, for the most part, made of biodegradable materials. One of the coast guards emphasized: '[It was mostly] natural debris, biodegradable items like wood and seaweed. Most of it will return back to the water on following tides where it will provide habitat and food sources for marine life.'

Fortunately so, given the colossal quantity of debris that washed up on this British beach. 'I've been part of the coastguard for years but I can't remember seeing that amount of rubbish on the beach before. It was mental. There was about 300 to 400 tonnes of stuff that had been washed up overnight,' described one guard.

Not only proof of water’s incredible ability to cast off debris, but also a reminder of the importance for all humanity to clean up our polluted oceans: “plastic is fantastic,” sure, but also dramatically eternal. 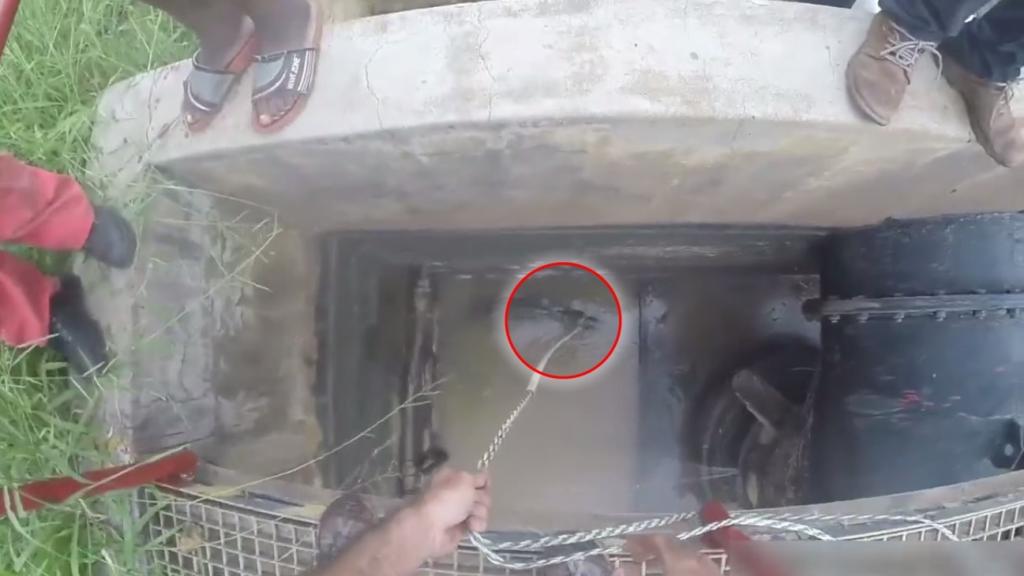 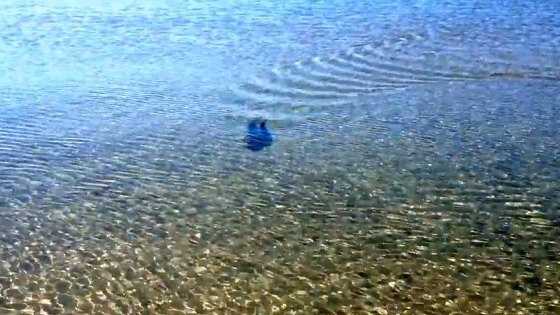 This Australian Received An Unexpected Visitor At The Beach...