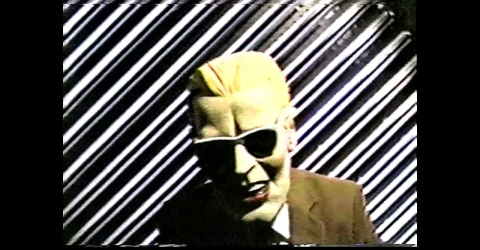 The incident shocked audiences on November 22nd, 1987 in Chicago Illinois when two television stations were overtaken by a creepy message.

The act of video piracy first hit WGN-TV’s 9 pm news broadcast and consisted of 25 seconds of frightening distorted gibberish spiling out from an unknown person in a Max Headroom mask.

The hacker disturbingly mentioned one of the WGN’s pundits, claiming that he was better than him. He then whipped out a can of soda and referenced Max Headroom’s Coca-Cola sponsorship right before flipping off the camera.

But it gets creepier when the rubber masked figure starts to sing and tunelessly hummed the Temptations hit single (I Know) I’m Losing You. The figure then starts to moan. Weird.

But the spectacle doesn’t stop there. The man claims he “made a giant masterpiece for all the greatest world newspaper nerds,” referring to WGN’s acronym for Worlds Greatest News. The evil mastermind also made a nonsensical reference to Michael Jackson stating that his ‘brother is wearing the other glove’ but that “it’s dirty! It’s like you got bloodstains on it!”.

The broadcast rounds off with some assistance as a man’s exposed bottom graces the screen and a female voice calls out “Bend over, b***h,” as the bare cheeks get smacked with a flyswatter.

The whole incident lasted less than 2 minutes and while viewers were amused and confused the FCC was highly unimpressed, dedicating all their efforts to catching the hijacker and even offering a reward for any information.

Eventually, the FCC had figured out how the pirate overtook the broadcast signals. By placing his own dish between the transmitter tower, with good timing and a little luck the original broadcast signal was interrupted. The FCC even tracked down the background to that of a storage facility. However, they never managed to find the people responsible.

Watch the video above to see the hijacking yourself 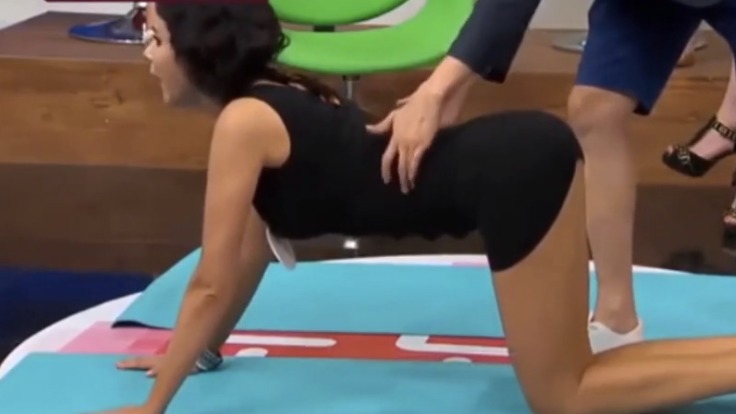