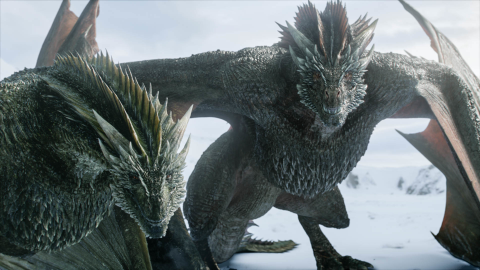 The much anticipated Game of Thrones prequel House of Dragons has finally confirmed they are on their way to our screens with production due to start next year.

House of Dragons will be based off George R.R. Martin’s 2018 book Fire and Blood which is set to take place 300 years before Game of Thrones.

The production announcement was aired by the Game of Thrones Twitter page where they posted:

The show is set to tell the story of House Targaryen,the family which produced the brutal fan favourite Danaerys, over a total of nine episodes...Expect to see lots of dragons.

A first look of the series was released by Warner Media CEO Jason Kilar recently as part of a blog post announcing that Warner Bros. would be releasing all of their 2021 content on HBO Max at the same time they would be airing in cinemas. He explained:

Principal photography starts on the next 'Game of Thrones' series, 'House of the Dragon,' in a few months. Look out for dragons overhead!

According to The Wrap, an HBO spokesperson has also confirmed that just like Game of Thrones, House of Dragons would also be filmed primarily in the UK working out of Leavesden Studios in Watford, north of London.

The director of the show has also been confirmed as Miguel Sapochnik, the man who brought GOTsome of its most-watched episodes including Battle of the B******s, Hardhome and The Long Night.

Those who are itching to know who will be playing famous characters like Aenar Targaryen, Daenys Targaryen and Aegon Targaryen will have to wait a little longer as the full cast has yet to be announced.

However, die-hard fans have been given a morsel of information as Paddy Considine has been confirmed for the role of King Viserys Targaryen. HBO released in a statement back in October:

Paddy Considine (HBO's The Third Day and The Outsider) will be playing King Viserys Targaryen. Viserys was chosen by the lords of Westeros to succeed the Old King, Jaehaerys Targaryen, at the Great Council at Harrenhal.

A warm, kind, and decent man, Viserys only wishes to carry forward his grandfather's legacy, but as we've learned from Game of Thrones, good men do not necessarily make for great kings.

Looks like we may still have a little while to wait before House of Dragons graces our screens… And, if you were disappointed in the ending of GOT,this show may just be your chance for redemption.