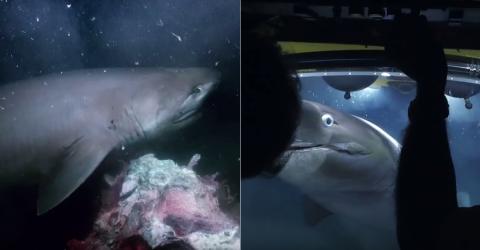 When the BBC was filming for their documentary series, they came face to face with some pretty huge sharks who clearly didn’t appreciate the team hanging around their food.

So this was a bit scary for the BBC. There are huge sharks that live in the depths of the ocean and they aren’t very welcoming to outsiders. The scene, recently shared online as behind the scenes footage, was filmed whilst the BBC were filming their documentary Blue Planet II.

On board a submarine, the team plunged to 700 meters deep to find out just what had happened to a whale carcass and it didn’t take long for specialists to find out. The carcass was lying on the ocean floor and had already attracted quite a few hopeful predators.

As the images show, many sharks measuring up to 6 meters long were circling the remains; regularly taking large bites. According to specialists, these sharks were Bluntnose Sixgill shark ‘Hexanchus griseus), a common species found in the depths of all oceans, both mild and tropical.

The whale carcass certainly nourished the sharks, but they definitely weren’t happy about the humans coming into their feeding grounds. In their submarine, specialists from the BBC saw the specimens become far more aggressive going so far as biting each other to gain the upper hand.

And the submarine was fit the bill as well. Probably assuming they were competition, the sharks started swimming into the submarine and bumping it. Well that’s one way to make them back off! “The submarine is very strong but they’re so big and strong, that I’m a little bit afraid,” said one person in the video.

Finally, it all ended well for the team when the sharks seemed to realize that the submarine was not a threat to them and they went back to their meal in front of the BBC cameras that were able to capture this remarkable footage. 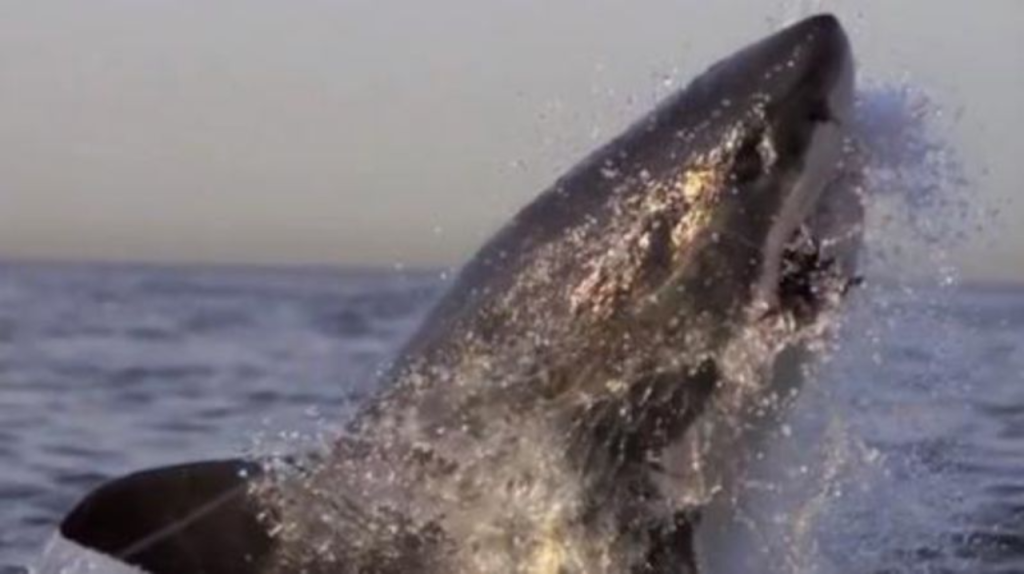