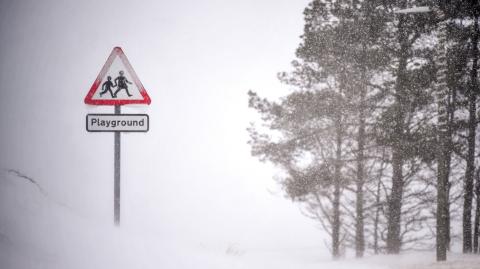 As the polar vortex descends upon Europe, the United Kingdom bears the brunt of it. Heavy snowfall paralyses roads across the country.

Following the news that the polar vortex was coming down, the United Kingdom has been experiencing heavy snowfall, some of it causing serious logistical problems about the country. The Met Office has issued an amber warning for snow, predicting up to 15 centimetres of snow to fall on high ground. Yorkshire, in particular, saw coronavirus testing being cancelled at the Great Yorkshire Showground and Ripon Racecourse on Tuesday morning. Hopefuls received warnings against non-essential travel.

Travelling by road is especially dangerous, as becoming stranded in the smothering snow is a serious risk. The alternative is not necessarily better: on the M62, a parcel lorry jack-knifed and blocked the road near Rochdale. Only on Tuesday morning did highway staff manage to clear the blockage.

Public transport services are also impacted by the weather. Arriva Buses announced no service was forthcoming from its Dewsbury depot, and First Bus said their buses would not serve Halifax, and that they would mostly stick with main roads. Similarly, Northern warned that fallen trees on the lines impeded service between Halifax and Rochdale.

Students prevented from going to school

In addition to travel restrictions, education is also jeopardised by the climatic conditions. 400 schools around Yorkshire had to close down their doors for the day. Some closures were also observed in Derbyshire and east Lancashire.

Meteorologists claim that January has been the coldest since about 2010, with an average temperature of 2,2 C°. It can therefore be expected that February will follow suit.

A winter month as cold or colder than January 2021 used to occur in approximately seven out of 10 winters through the 20th Century. […] In more recent decades this has dropped to around three in ten. So although we are still subject to cold weather in winter, these cold spells tend not to be as severe or as frequent as in the past.