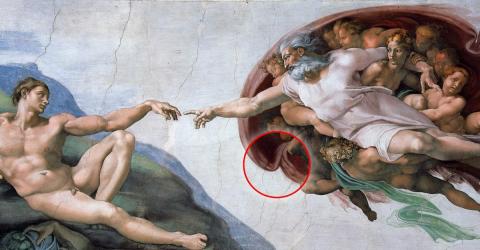 The 'Creation of Adam' is one of Michelangelo’s most famous works. Displayed in the Vatican’s Sistine Chapel, it represents God in the sky reaching out to Adam. There is a theory that this mural has a hidden meaning.

The hidden message is found in the cloth where supposedly one can make out the shape of a human brain. The artist apparently introduced it into his fresco because at the time autopsies were prohibited by the Church.

Michelangelo has long been known for his mastery of human anatomy. Therefore some believe that he would have liked to introduce this passion for anatomy to one of his greatest achievements, on the Sistine Chapel’s ceiling.

One doctor says that Michelangelo was very familiar with the human brain and that he used his knowledge of neuroanatomy to symbolically represent the brain in his ‘Creation of Adam.’

Other interpretations go even further. Indeed, according to certain theories, this painting goes against religious ideology and conveys the message that everything is born of man, rather than the opposite. What a sacrilegious thought indeed…

Such a famous piece of art, and yet we're still finding secrets hidden within centuries after their conception. Check out the video to see Michelangelo's secret message for yourself! 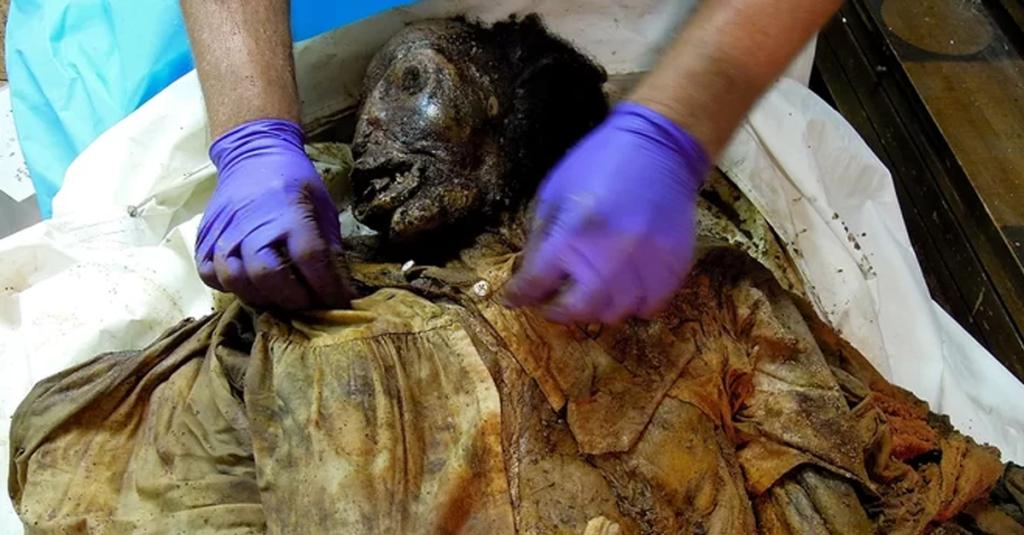 They Found This Mysterious 19th Century Mummy In New York... Now It's Revealing Its Secrets