While infection rates are on a steady decline, experts believe that schools might only be reopening after the Easter holidays in fear of new strains. 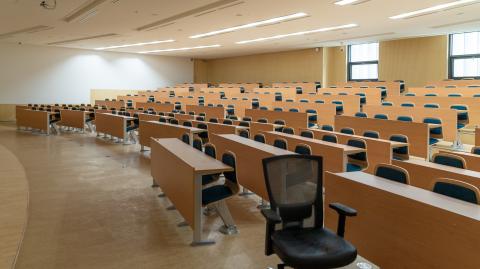 The lockdown has proven to be effective in diminishing the amount of new daily coronavirus cases with numbers in the last days showing to be on a steady decline in both infection and death rates.

However, this does not seem to affect the decision to reopen schools anytime soon. In fact, many experts believe that in person learning will only resume some time after the Easter holidays.

I don't think schools will reopen until post Easter. I think they will miss the second half of term as well.

Adding that many teachers have voiced concerns of catching COVID-19 if they were to go back to school sooner rather than later. Many teachers have stated feeling 'safer' and 'more confident' to return teaching in person once things have stabilized for good instead of precipitating the process.

Further, Secretary of State for Health, Matt Hancock, was asked whether schools would reopen in March during Tuesday, 18 January's Downing Street press conference, to which he replied:

We've got to watch the data, and the Prime Minister, when he brought in the national lockdown, set out four considerations. We've got to see the number of deaths coming down, and sadly we haven't seen that yet. We need to clearly see the pressure on the NHS reducing, and we are not seeing that yet.

He also said that in order for schools to reopen, the vaccination and rollout program must not be interrupted stressing that as many people as possible must be willing to get the jab. Finally, he also said:

The fourth consideration is that there mustn't be some other new variant.

Too early to set a date

Adding to the ambiguity, government sources have said that it is much too early to say for certain when schools would reopen:

It's about what the health picture is. If lockdown does its job then schools could be the first thing to open.

Prime Minister Boris Johnson has, on many occasions, vowed to make the reopening of schools his priority as soon as lockdown is lifted – but a specific date has yet to have been set.