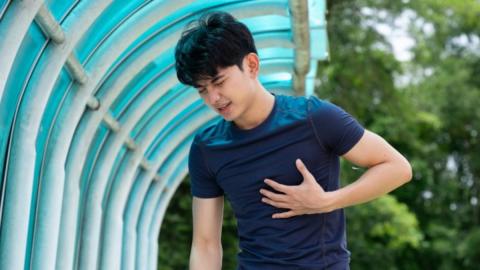 A 17-year-old boy has doctors seriously concerned: for days he had felt a stabbing pain in his chest. They suspect that he had heart disease, but after they took an ECG they were left astonishment.

A curious case was published in the Journal of Emergency Medicine, one which has never been seen before. It involved a 17-year-old boy from the U.S. who was hospitalized with stabbing chest pains. A pain that was getting stronger and stronger and was preventing him both from lying down and taking deep breaths.

At the first examination, everything suggested that the boy had heart disease - the doctors suspected that the heart muscle was inflamed because his protein levels were also elevated, as is the case with this condition.

Metal in the heart causes confusion

The doctors immediately performed open-heart surgery and removed a pin from the boy's heart. Fortunately, this did not damage the vital organ and spared the rest of the boy's body.

But how could something like this even happen? How could he have possibly swallowed a pin without his knowledge? Only a questioning would shed light on the matter: the 17-year-old likes to sew his own clothes in his spare time and he often puts pins between his lips when he touches the fabric.

Even if he can't remember swallowing the pin, this may have happened unnoticed while sewing. It is not the first time that dangerous and sharp objects have been swallowed - like the man who swallows coins. But swallowing a needle unnoticed is, at least medically, the first case, Sciencealert reports.