Are you a grower or a shower? This study explains the difference

No two penises are the same, but many of our members fall into two camps: ‘growers’ and ‘showers.’ Here’s how to tell which one you belong to. 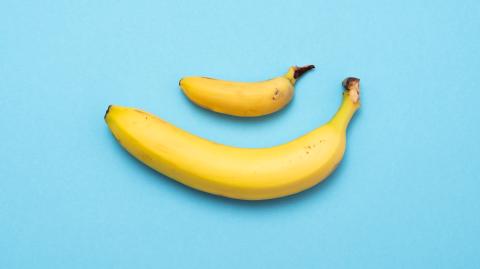 All men can become a little defensive about the size of their package. And, when put on blast for having a small penis, one of the most common retorts is ‘’I’m a grower, not a shower.’

The concept dictates that penises can generally fall into two categories, ones that get significantly bigger when erect (grower) and ones that stay roughly the same size at all times (shower). At first glance, the concept seems like a whole lot of baloney, just another side effect of the pandemic of penis insecurity. However, science begs to differ, with results showing that ‘growers’ and ‘showers’ are a very real thing.

The study, entitled: ‘Grower or shower? Predictors of change in penile length from the flaccid to erect state’ and published in the International Journal of Impotence Research, looked at 274 men - specifically their penises.

The study also found that growers tend to be younger than showers, with the average age of a grower in the study was 47.5, while showers often consisted of those around their mid-fifties. It was noted that 37% of growers in the study were also single and often had a larger erect phallus than their shower counterparts.

Why are some people growers and others showers?

The study considered what could be behind the ability of some people’s penises to grow more than others when erect including, race, obesity, co-morbidities and smoking. However, none of these issues could be directly tied to the ‘grower or shower’ theory.

The study was ultimately inconclusive as to why some are growers while others aren’t and called for more research to be done.

But perhaps the reason showers tended to be older could be due to the fact that the penis does shrink with age, as the reduced blood flow can cause tissue in the downstairs area to slowly degrade.

Another study from 2015 came to a similar conclusion, adding that the differences in penis growth could be down to the appendage’s elastic fibres, which can be affected by age, health and genetics.

Either way, the study should really be taken with a grain of salt as all participants involved were actually being treated for erectile dysfunction.

And remember, there’s nothing you can do to change the size of your penis, and even those with smaller members can still do wonders in bed. After all, it’s the motion of the ocean, not the size of the boat, that matters.

Lifestyle, health
Shaving 'down there' could be very dangerous, according to a study
Read more