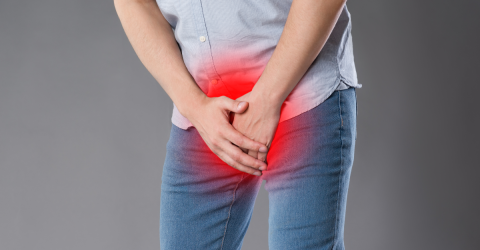 A man from England was on holiday with his girlfriend when he suddenly got an erection out of nowhere. But 36 hours later, it still hadn’t disappeared…

‘I’ve ever experienced pain like it,’ said Elliot Rossitter from Bristol to The Sun.

‘It was absolute agony and I was terrified. I thought it would never go away. It was bigger than a usual erection and it wouldn’t stop throbbing.’

Sudden erection without being sexually aroused

The 41-year-old man was on holiday in the South of France with his girlfriend when he suddenly got an erection. He hadn’t taken any Viagra, nor was he sexually aroused.

‘We were sat around, and it just came on,’ he explained.

‘I tried to get rid of it but couldn’t. It wasn’t sexual and I wasn’t aroused.’

After 36 hours of having the erection, the occupational therapist was scared and in severe pain. Therefore, he immediately went to the hospital where doctors told him he would need an operation.

‘I couldn’t let any clothes touch it. […] They basically said my penis would die if I didn’t have an operation.’

Thanks to the operation, in which a hole needed to be cut into the base of his penis to drain the blood away, the pain finally started to ease off. A permanent erection like this is classed as a medical emergency known as priapism, in which the penis stays erect for an extremely long time.

This is a rare condition, and we don’t know exactly how many men experience it. The estimations range from about one in 20,000 men to one in 200,000. Elliott Rossitter was very lucky that he acted when he did because, in worst-case scenarios, the member needs to be amputated.

Although the patient wasn’t allowed to have sex for the first month after the operation, everything seems to be fine and back to normal now. And as Rossitter explained to the newspaper, his penis has been working perfectly since the procedure.

#biology#bsa
Contact
To ensure that we can best respond to your question, please choose your desired department
No connection
Check your settings