22-year-old Giulia Nicastro was abused by a footballer and fans. Totally unacceptable!

It's not the first time a player gets into it with a referee, but what this very young football player did was completely out of line. Italian collegiate Giulia Nicastro had to endure all kinds of insults while presiding over a match between Treporti and Miranense youth.

Nicastro, who is also in a relationship with Palermo footballer Stefano Moreo, began to referee the match as fans shouted sexist chants, and the situation got worse over time.

During a corner kick, one of the players, who is just 14 years old, came up to Giulia and challenged her. 'Let's see if you have the courage to expel me or...', the young man shouted with his pants down, as Sport Mediaset reported.

The referee then put her hand in her pocket and pulled out a red card, which infuriated the audience even more. In the stands, one even shouted that she should give up on being a referee and be a prostitute instead.

Nicastro received many messages of support on social networks after the incident. In addition, the Italian Federation also commented that they had opened an investigation of the events and would take all necessary measures.

The team that the boy who dropped his pants plays for also apologized in a statement. 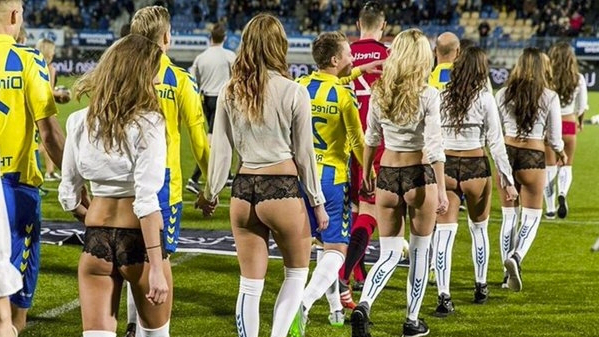 Barely Dressed Models Heat Up This Football Stadium In Holland