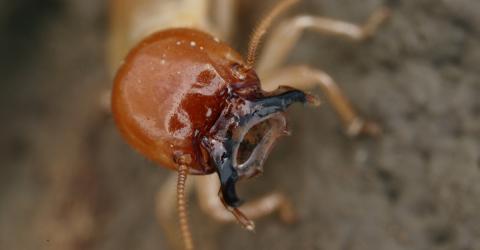 Termites are generally considered to be pests, but their environmental impact could be much more beneficial than we think. These insects actually protect rainforests from drought.

Termites are an important part of tropical ecosystems. Generally considered to be destructive pests, they actually have a positive—even imperative—effect on rainforests. Termites are one of the rare species capable of decomposing wood, creating a protective layer that maintains soil moisture in the case of drought.

Wood is made of cellulose—a material not easy for most organisms to digest. Termites are a rare exception. Researchers have long believed that these creatures might play an important role in structuring humus and maintaining moisture levels in the forest floor, but their impact was difficult to demonstrate scientifically. However, a research team managed to develop a new method that could help prove these important effects.

The first part of the experiment took place in 2015 during the drought brought on by the climactic phenomenon El Niño; it was repeated in 2016 during “normal” climactic conditions. To observe the effects of the termites on the Malaysian forest floor, the researchers removed the insects from four 80m x 80m zones. The results were telling.

Tempering the effects of drought

To get rid of the termites, the scientists created piles of poisonous cellulose that only these insects would consume. They then compared zones with termites to those without, and found no major difference outside of periods of drought. However, the results were very different in times in which water was lacking. During droughts, the team noted an increase in the number of termites in the active zone.

This higher concentration of insects resulted in greater foliage decomposition and a more heterogenous distribution of nutrients in the soil, as well as an increase in soil moisture and a greater chance of seed survival than in zones deprived of termites. It seems that, despite their bad reputation, these small creatures play an imperative role in their ecosystems and can even help temper the effects of climate change.

Check out the video above for more on why termites could play a vital role in our future!