A high-speed chase which could have ended really badly… if these drug smugglers hadn’t intervened. A rather unusual rescue mission that could even be made into a Hollywood film.

Last week, the Spanish civil guard, the equivalent of our police service, received an alert. A small unidentified boat was cruising the Mediterranean at full speed with some suspicious-looking packages.

The authorities immediately mobilized. A patrol boat was launched with back-up from a helicopter and very quickly, they identified the boat being driven by four drug smugglersand initiated the chase.

Several minutes passed and no one appeared to have the upper hand. Suddenly, the boats collided, and the three civil guards were thrown into the water. Their boat started to flip without the officers being able to do anything to stop it, making the situation very dangerous. The drug smugglers’ boats dodged a bullet however and managed to get off with just a couple of scrapes.

The back-up helicopter tried to approach the officers in the water, but they weren’t having any luck. The manoeuvre was too complicated so using a megaphone, the authorities hurried to ask the drug smugglers to help them…

During a police chase, the Civil Guard patrol boat collided with a drug trafficking boat who was then forced by the helicopter to rescue the officers who had fallen in the water

The officers are doing well’

The Spanish media explain that it took a while to get the four fugitives to cooperate, but they eventually agreed. They luckily managed to get the three officers out of the water, saving them from almost certain death.

However, they were nevertheless arrested and charged with drug smuggling. They were transporting 80 bundles of hashish which equates to around 3,000kg of drugs. They were trying to get to the coasts of Andalusia after probably departing from Morocco. 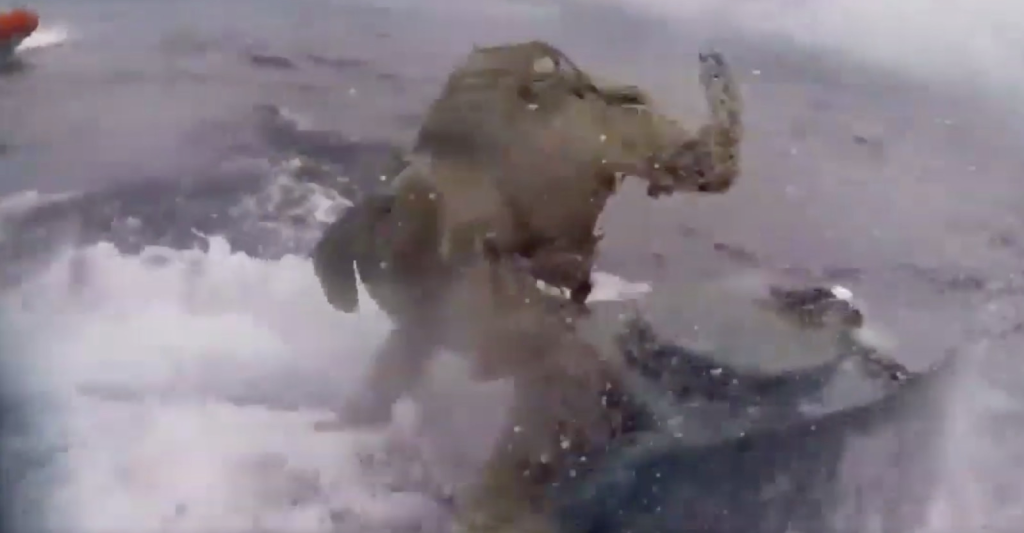 Drug Trafficking: The incredible drug bust the coastguard made on a submarine (VIDEO)