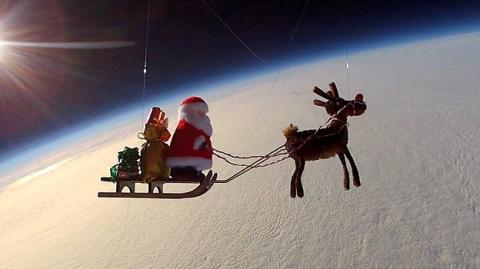 Last Christmas Eve, Mark Ireland and Cassie Phelps decided to tie Santa Claus to a weather balloon. The goal? To send him on a voyage into the stratosphere... After climbing over 18 miles above the surface of the Earth, Santa Claus and his faithful reindeer landed over 60 miles from their original launch site.

A few hours before Christmas Eve, Santa Claus is busy training for his takeoff in his sled one last time. And this time, his reindeer took him much higher than expected... into the stratosphere! Will Santa have enough gifts for the entire solar system? And will the reindeer Rudolph be the only one to help him in his task?

In fact, Santa Claus was probably so busy in Lapland, he preferred to send his toy representative to go for a ride into the stratosphere. And Mark Ireland and his girlfriend Cassie Phelps were happy to oblige.

To send Santa into the stratosphere, they attached a high-altitude atmospheric balloon, a camera and a GPS to their miniature Father Christmas. Then, slowly, it rose to a vertiginous height. The sledge took off from the Forest of Dean in Gloucestershire and then reached 18 miles above the surface of the Earth, right into the stratosphere.

Their objective? Attempt to reproduce Santa's journey around the globe, the night of December 24th to the 25th. But Santa's annual trip did not make the right turn when the balloon, which was filled with helium and cost Mark and Cassie about £53, was suddenly pierced. Immediately, its passengers (Santa Claus, his reindeer and the sled) began their dramatic fall to the ground.

Fortunately, at the end of his journey after the balloon exploded, Santa's parachute opened, allowing him to land softly at Yeovil, about 60 miles from his launch point.

A project inspired by Lego astronauts

This unusual flight captured magnificent views of the Earth as Santa crossed the stratosphere. ‘It's a personal project we've worked a lot on. We watched the video of the Lego that had been sent to the stratosphere on YouTube and we said “Let’s do it,”’ Cassie Phelps said.The two science fans first began by sending simple cameras to perfect their launch device. ‘And, with Christmas approaching, we decided to send Santa,’ she adds, quoted by the Daily Mail. Nevertheless, Mark Ireland and Cassie Phelps had to get the green light from the British Civil Aviation Authority before launching their Santa Claus into the stratosphere.

‘He took off from the Forest of Dean and about 2 and a half hours later he landed in Yeovil. He got about 18 miles high, into the stratosphere just before space. Despite the balloon’s explosion, we managed to take pictures of the curvature of the earth, we were really happy,’ said Cassie Phelps. Something for both young and old to dream about before the arrival of the real Santa Claus.

Check out the video above to see Father Christmas take to the stratosphere! 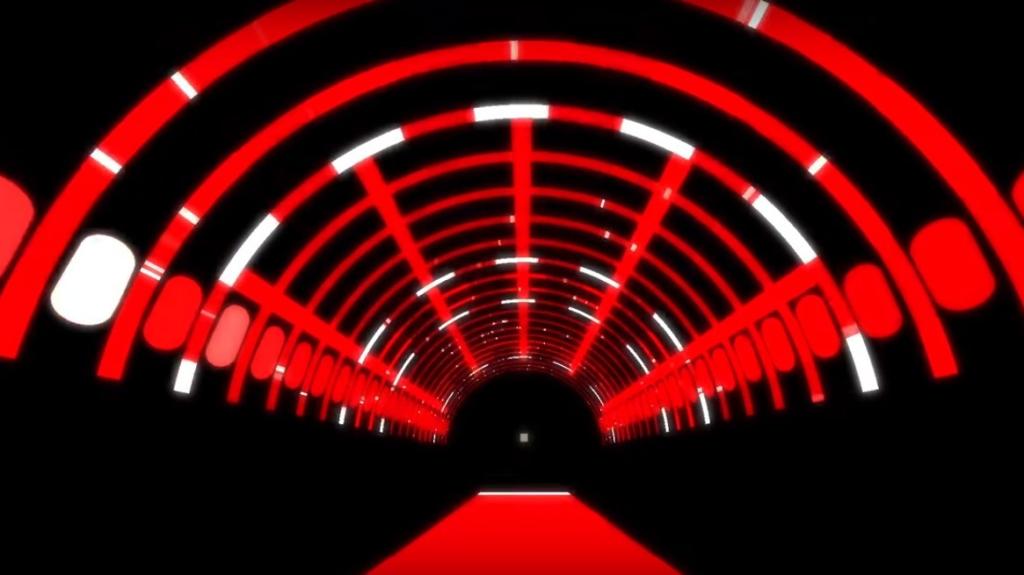