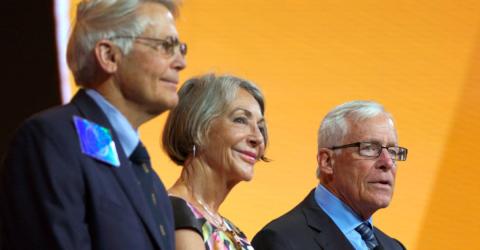 While you may work very hard to earn your mere £8 an hour minimum wage, this American family makes 4 million dollars in the same amount of time…

Meet the Walton family. There are three brothers and sisters called Jim, Rob and Alice and these three people are the heads of the supermarket chain, Walmart, which can be found all over the United States and even exists in other locations around the world as well.

Bloomberg has recently announced that the Waltons are the richest family in the world. And the figures would make your head spin: they earn 70,000 dollars a minute, 4 million dollars an hour and… 100 million dollars a day.

100 million dollars equates to just over £75 million. And it’s worth knowing, for the sake of comparison, that the average employee at Walmart earns… 11 dollars an hour. Quite an impressive gap.

And this fortune isn’t likely to fade. Since June 2018, Walton’s fortune has grown by $39 billion and the family is said to be worth 191 billion dollars in total.

The second richest family in the world is the Mars family (yes, the family that owns the chocolate bars) who earned 37 billion dollars in 2018 and is estimated to be worth 127 billion dollars.