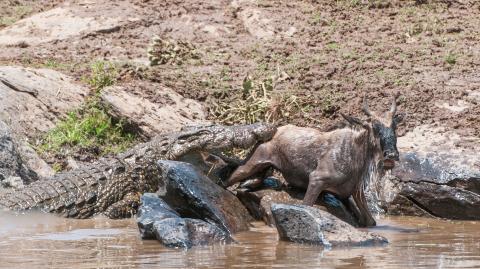 In Kruger Park in South Africa, people were witness to an impressive scene; a crocodile’s attack on a wildebeest, but it did not end as they thought it would.

In Africa, crossing rivers is a necessary step for some species if they want to continue their journey. However, these bodies of water pose a huge threat for land animals because they are where predators hide, waiting for one thing; making an antelope, zebra or wildebeest their lunch.

In Kruger National Park in South Africa, these people were able to witness a terrible example of just how cruel nature can be. While watching a herd of wildebeest cross a river, one of them was attacked by a nearby crocodile. As dangerous as it was patient, the reptile caught one of the wildebeest's hind legs before pulling it into the water.

The wildebeest tried to run and free its leg from the embrace of the crocodile but the reptile managed to hold firm. The duel lasted for several long minutes that greatly fatigued the mammal. But just when all seemed lost, some unexpected help came to the rescue. Two hippopotamuses slowly approached the scene of the struggle.

Suddenly they joined the fray, probably hitting the crocodile in the process who was then forced to let go, giving the wildebeest an opportunity to free itself and run away. Although the animal appeared to have the bottom of its leg broken, it finally managed to escape the threat under the delighted gaze of the people watching the scene.

‘We could not believe how rare the situation was, I had never seen a hippo help another animal, it was just amazing,’ said one of the witnesses. Although this ‘rescue’ might, at first glance, look like the hippos were helping out their fellow animal, they most likely only acted in order to protect their territory.

These massive mammals are known to be particularly territorial and attack any animal that ventures into their perimeter. It is, therefore, possible that the duo saw the wildebeest as an intruder and therefore decided to charge at it to get it out of the water, which was what allowed it to be freed.

Helping out or aggressiveness, the witnesses will, in any case, have a poignant memory of the scene. ‘Remember that when you go to Kruger, never rush and always be patient because these extraordinary sights are everywhere,’ concluded the witness. 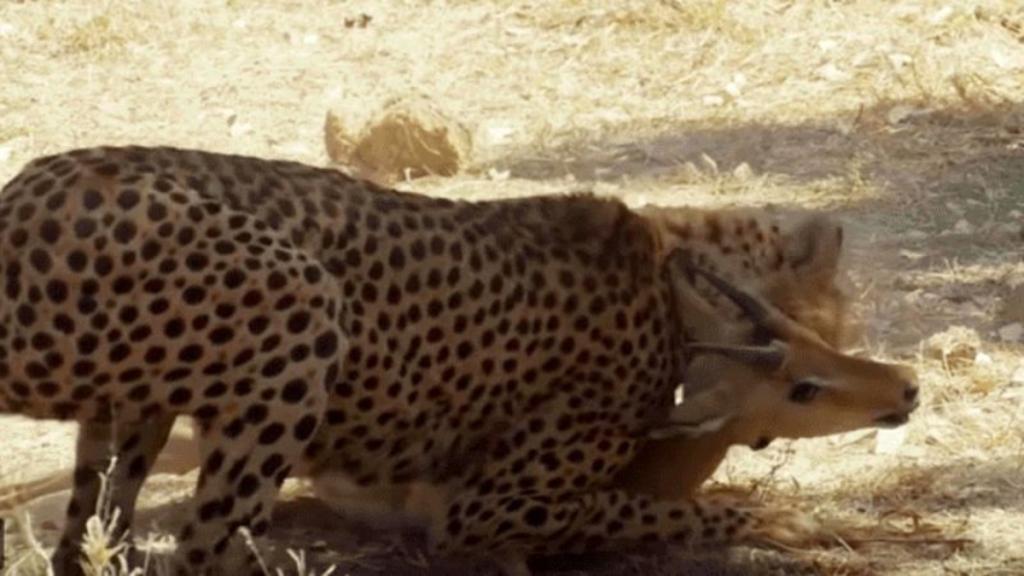