The famous French monument Notre-Dame de Paris, is currently suffering the consequences of a fire that started in the roof on Monday, 15th April. For nearly 850 years, this cathedral has been guarded by gargoyles sat on its walls. But do you know the reason why these grinning animal-like statues are there?

Ravaged by a violent fire that started on the evening of Monday, 15th April, the Notre-Dame cathedral, famous worldwide thanks to the eponymous novel by Victor Hugo, has been guarded for over eight centuries by gargoyles that watch its surroundings. These fantastic animals with their scary appearance are as famous as the building they’re perched on. But what are they there for?

Guardians against the enemy

The monstrous animals’ main job is warn off enemies from enterring church: their role is to explicitly convey to evil and demonic spirits that they won't stand a chance trying to enter the house of God. But gargoyles also had the task of warning the faithful! During the Middle Ages, these sculptures had to scare the population, ensuring they knew of what to expect if they succumb toa life of sin: a one-way ticket to hell…

These funny creatures have a double role: to scare, but also to encourage the faithful to purify themselves.

Moreover the gargoyles possess a relatively practical role: the removal of dirty water. The gargoyles themselves can act as gutters, receiving rainwater which then flows to the ground through their often open mouth. Little by little, gargoyles have become thinner to make it easier for this water to flow.

Thus, their purifying role is demonstrated, whether spiritually or practically!

The cathedral overlooking Paris was victim of a fire that started on the evening of Monday, 15th April. It was set off in the attic, and caused the spire to collapse a little after 20 hours in. Two-thirds of the roof of the 850-year-old building was ravaged, and it took several hundred firefighters to extinguish the fire. 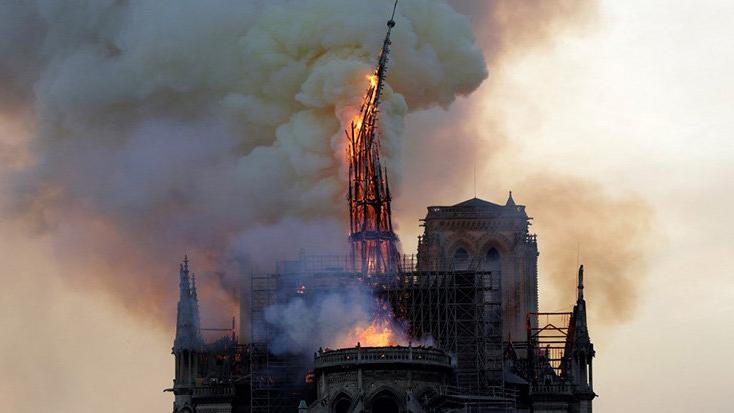 Why Would It Be Almost Impossible To Reconstruct Notre-Dame As Before?