The passengers and pilots of two planes got quite the surprise as they neared the runway: both planes arrived at the San Francisco airport at the same time and were very close to each other.

If you are afraid of flying, then this footage may give you the chills! A Cathay Pacific Boeing 747 and a United Airlines Boeing 757 were arriving at the same time at the San Francisco airport in the United States. The video dates from 2012 and recently caught the Internet’s attention.

But how could this happen? It was because of an error in the control tower itself that directed the two planes to the same runway at the same time. Fortunately,the blunder was quickly discovered which is how they were able to correct it as soon as possible.

Indeed, the control tower noticed that the two planes did not respect the safety distances and it deviated the United Airlines aeroplane which made a turn in the air in order to give the Boeing of Cathay Pacific time to land.

We still wonder how such an error could have occurred when hundreds of planes land each day in this huge airport! Especially since this is not the first time such malfunctions have happened at this international airport. In July 2017, an Air Canada plane almost landed on a runway already full of planes waiting for their takeoff... 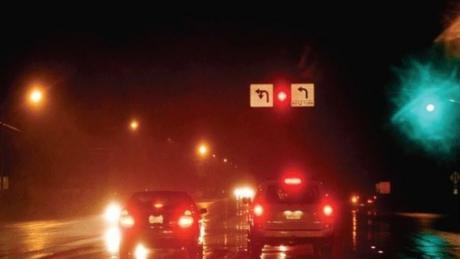 For Your Safety: If You See The Lines In This Video, You Should Stop Driving At Night (WATCH)