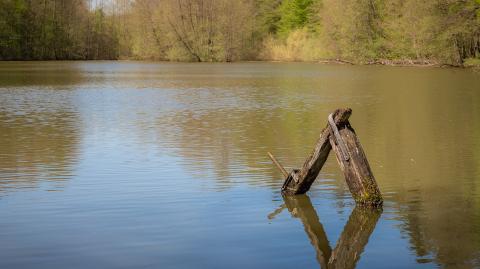 Spoiler alert: The Loch Ness monster sighting is a hoax! The popular widespread attention about the myth was originally sparked through a story that a kid made up... because he was late for school?

Origins of the myth

The myth of the Loch Ness monster was first known to surface in the 1930s and back then nobody really knew whether it was true. Tory MP, Bob Stewart shared a rather crazy revelation. He claimed his uncle made up one of the first sightings of Nessie! In 1931, his uncle was a kid and every day he went to school next to Loch Ness. One day, the kid made up an excuse for being late. He said that a monster in the lake caught his attention and he stayed there for a moment to admire it - of course, at the time, people went crazy for it. And it seemed the little boy had to stick to his guns...

As told by Bob Stewart...

The story was outed during a meeting in the House of Commons in the most comedic and British fashion by Bob Stewart, a Tory MP. The exchange came about when MP Drew Hendry discussed an influx of tourism in his constituency, questioning, "Why wouldn’t you, Mr Speaker, want to come to Inverness, Nairn, Badenoch and Strathspey?" Of course, Bob Stewart had quite the answer:

"I want to help him by saying my uncle, who was at school on the edges of Loch Ness as a boy, saw the Loch Ness monster."

Now, that is a pretty big deal for the rest of the members as well as Nessie fans alike. The MP continued with his absurd revelation, "in consequence,tourism expanded hugely. It was in all the Scottish newspapers. And only at his funeral did he allow it that he was a fake." So, really, it was thanks to this little boy a.k.a. Bob Stewart's great uncle that Scotland saw an explosive boost in tourism, understandably as a bewildered public began flooding in to see thelegendary beast.

After some text-book British comedy amongst the congress, MP Stewart interjected:

"For the sake of clarity, my uncle ... was at prep school alongside Loch Ness in 1931 when he was late back to school and he and another boy claimed they were watching the Loch Ness monster. This grew big: Scotsman, lots of pictures and he was stuck with this."

This truly makes you think, how many of those little white lies have been told throughout history? Although, Bob Stewart does insist, "I believe there is a Loch Ness monster.”

Well, we're not quite sure what to believe anymore...