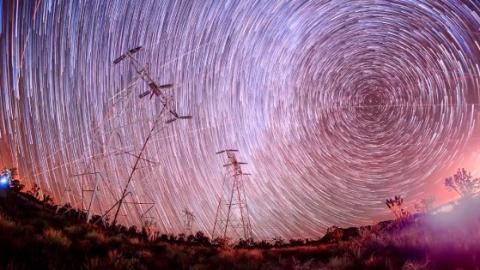 Two American photographers challenged themselves to present the most beautiful nocturnal skies. They thus ventured into the Mojave Desert where they captured these fantastic images.

The desert is often the best place to take beautiful pictures of the sky during the night. Far from cities and their lights, it allows one to escape the light pollution that often tends to compete with the light from the stars. This phenomenon did not escape the authors of the video above.

These American photographers traveled to the California Mojave Desert, near Los Angeles, to capture these images. They then put them all together using the time-lapse technique. The end result is breathtaking. One can observe the movement of the stars, which leave traces of their passage behind them.

In photography, time-lapse refers to the special effect that provides a feeling of acceleration. It's a little contradictory, but the principle of this technique is actually to film a moving subject by decreasing the frame rate. The movement of the subject seems then accelerated during the projection.

Beyond the artistic aspect, this technique also offers scientists a very useful tool to study progressions invisible to the naked eye. Examples include the development of plants or, as in the video above, the movement of stars. A dazzling spectacle, which allows the passage of the stars to follow the rotation of the Earth.