He was voted the best teacher in the world and he also gives away 80% of his salary to a good cause.

Peter Tabichi from Kenya received the award for being the ‘best teacher in the world’ and he gives away a large portion of his salary to his poorest students.

A teacher with a big heart

Teaching is a profession that you need a lot of passion and generosity to do well. That’s why we love Peter Tabichi from Kenya who was elected the best teacher in the world. He was very honored to receive the Global Teacher Prize 2019 and the sum of 1 million dollars (roughly 760,000 pounds). The award was created to help less fortunate students improve the quality of their life and Peter Tabichi really did deserve this nomination, since he generously gives the majority of his salary away to his less fortunate students. He has also helped to build the school buildings and has purchased teaching materials so that his students can have better equipment in the classroom and better conditions to learn in.

This big-hearted teacher’s specialty is the sciences, since he believes they offer students lots of opportunities for their future. The award ceremony took place in Dubai where his efforts and commitment were rewarded.

The teacher works in a remote town in the Rift Valley in Kenya where he works tirelessly so that his students can have the best opportunities and environment to learn in. Around 80% of his own salary is also put towards improving other various towns across the country. Tabichi does other note-worthy activities in a secondary school in the village of Pwani as well and without his donations and help, the children wouldn’t have access to textbooks or even uniforms.

‘It’s not all about money,’ says Tabichi. For him, the most important thing is sparking the interest of his students in the sciences, not only in his country, but across all of Africa.

He also says that the majority of his students come from poor backgrounds and don't have very good home lives, so much so that they can’t even afford breakfast, which makes it difficult for them to concentrate. Moreover, he reveals that the initial count for his class is supposed to be around 35 to 40 students, but this isn’t the case. Due to a lack of funding, he teaches classes of around 70 or 80 students. Adding to an overpopulated classroom, it is also difficult for them to have access to the internet at the school which is located around 6 km from where the students live.

Despite all this, Tabichi says he won’t give up in his mission and will push on. He also hopes to change how the local population think, by talking with the parents of the students that want to take their child out of the school system, or even by trying to convince families not to let their children drop out of school to get married so they can go on to higher education. 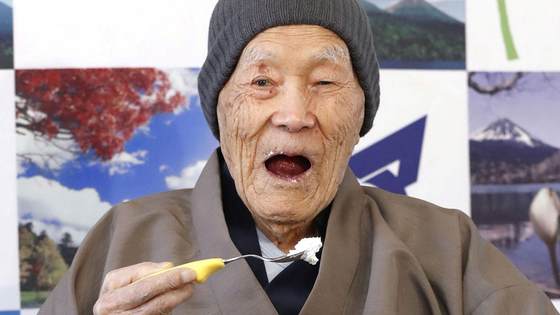